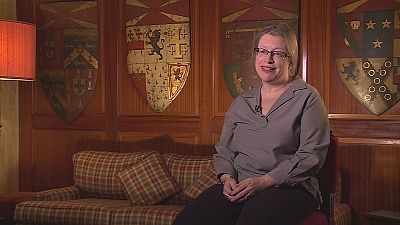 <p>Over 300 operas have a Shakespearean connection. How come the Bard has been such a huge hit with composers over the centuries? We asked <a href="http://www.ncl.ac.uk/executive/board/members/Julie-Sanders.htm">Professor Julie Sanders</a>, of Newcastle University.</p> <p>“Shakespeare’s influence on music began almost as soon as his plays were being performed in early modern London; so right from the 17th century to the present day, we have examples, in all kinds of musical genres, of work responding to his plays and his poetry, and I like not to think just in terms of what Shakespeare gives to composers and to performers, but in a sense what they give back, because these works are hugely creative in their own right. So in the 17th century you’ll have something like Henry Purcell’s “The Fairy Queen”, performing “Midsummer Night’s Dream” but through dance, music and song and recitative.</p> <p>“And we have the great operas, we have the grand epic operas of Verdi: “Macbetto”, “Otello”, which are just spectacular in their own right, in effect they are like critics, they are critical interpretations of the play, but through their own medium — through the medium of song, and dance, and music. </p> <p>“And, of course, 20th century: a different kind of opera, more intimate, more avant-garde, perhaps, someone like Benjamin Britten and “Midsummer Night’s Dream”, but in turn, by then you start to see how all of these interpretations talk to each other as well! I see ‘musical Shakespeares,’ if you want to call them that, in dialogue with each other, they are responding to each other as much as to the Shakespeare plays. </p> <p>“What makes Shakespeare our contemporary? I think Shakespeare, in his time, was trying to explore the big issues of the day. The theatre, when he was writing for it, was not in the centre of London, it was just on the edges, it was quite radical, it was quite questioning, so be it politics, he was using the space as a debating stage, and that is the way in which we can respond to him today, because he debated issues which still have relevance, be that issues around race and ethnicity and identity… be that around issues of high power, monarchy, the state… So there are parallels, and that’s why adaptation becomes a really powerful force around the Shakespearean canon.”</p>