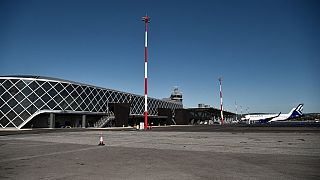 A Tunisair plane was forced to make an emergency landing in Greece because of a drunk and disorderly passenger, police said.

The flight from Istanbul to Tunis made an unscheduled stop in the northern Greek city of Thessaloniki on Monday.

Greek police said a man in his 40s had been arrested for alleged disorderly behaviour and disrupting the safety of a commercial aircraft.

The suspect was known to Greek police for drug trafficking offences and had been travelling with false documents.

"The man was aggressive towards the staff on board, he was obviously drunk," a police press officer in Thessaloniki told AFP.

"The pilot was forced to land at Thessaloniki airport for the safety of everyone," they added.

The suspect is due to appear in court in Thessaloniki on Tuesday.