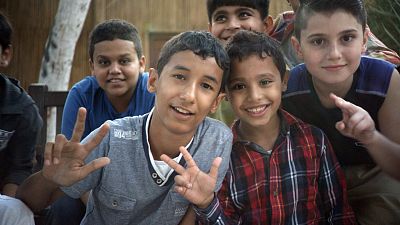 The 50th anniversary of UNESCO was marked by proclaiming 1995 as the United Nations Year for Tolerance. Amid the increasing racial and religious polarisation of the nineties, it served as a timely reminder of why the association was originally founded.

Following this, the International Day for Tolerance was inaugurated on 16 November 1996.

The UAE then declared 2019 as its own Year of Tolerance.

On the 22nd International Day for Tolerance, Dubai's ruler honoured the occasion with the naming of a new landmark, the Tolerance Bridge, at the Dubai Canal.

What do the emirate’s residents think about the role of tolerance in the multicultural society?

"I've been a resident of Dubai for 30 years," says Dr Nishi Singh who is originally from India, "so I've seen this country grow, and I love this openness and the tolerance that defines this nation."

"We have more than 200 nationalities in the UAE. They live with their culture, their beliefs, their religion," says Amal Al Houri, Protocol Officer at Expo 2020 Dubai's UAE Pavilion. "No matter how different we are, we still complete each other."

Diwali was celebrated in Dubai with feasts and fireworks