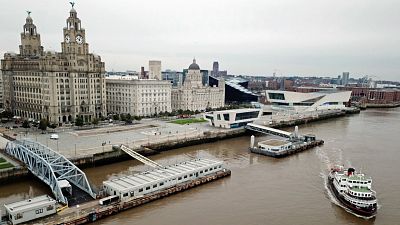 Liverpool has just lost its coveted UNESCO World Heritage status after a narrow vote from the UN's cultural agency.

The waterfront in the UK city was given the title in 2004, but, after a series of developments in the area, the World Heritage Committee has decided to strip the honour from the hometown of The Beatles.

The area is officially known as the Liverpool Maritime Mercantile City and is made up of six separate locations covering more than 130 hectares. The world-famous docks are included within the World Heritage Site, alongside the Grade I listed Liver Building and parts of the historic city centre.

The city has been in danger of demotion since 2012. The World Heritage Committee cites a multi-billion euro development project known as Liverpool Waters as one of the main reasons behind UNESCO’s decision.

In order to be recognised as a World Heritage Site, a place has to be of ‘Outstanding Universal Value’ (OUV) - meaning “cultural and/or natural significance which is so exceptional as to transcend national boundaries and to be of common importance for present and future generations of all humanity,” according to UNESCO.

The World Heritage Committee argue that the Liverpool Waters project, along with plans for Everton Football Club’s new stadium, will “deteriorate” the OUV of the area “through a process that appears to be irreversible.”

This has been an ongoing source of tension between Liverpool City Council, supported by other national government bodies, and UNESCO for many years.

“The UK is a world leader in cultural heritage protection and Liverpool's World Heritage Status reflects the important role the city has played in our nation's history,” says a spokesperson for the UK government in response to the news.

UNESCO has added that Liverpool can reapply for World Heritage status in the future, but no site that has lost its place on the list has ever managed to rejoin successfully.

The decision has sparked a conversation around how to balance the need to regenerate areas, without destroying the historical significance of a site.

“We are proud of our history and do not shy away from it,” Liverpool Metro Mayor Steve Rotherham writes in the i. “It is on full display in some of our world-class museums and visitor attractions.

Rotherham highlights that the city did not want to lose the World Heritage status, but adds that the title could not be used to hold back Liverpool’s progress “while the world evolves around us.”

Other historical organisations are also disheartened by the city’s status being removed. They emphasise the need to consider how to development can be encouraged while upholding the values of a place.

“We are disappointed in the decision,” says a spokesperson for Historic England, highlighting that the organisation has been working with the government and Liverpool City Council to preserve the World Heritage status for many years.

“The site is in a better condition than when it was first inscribed thanks to some successful regeneration projects,” they continue, “and for the past several years we have advised Liverpool City Council and various developers on regeneration plans which would affect the international importance of the World Heritage Site.

“We have supported some proposals and opposed others which would cause a high degree of harm - including the recent plans for a new Everton stadium.”

Historic England engaged extensively in discussions around the controversial Liverpool Waters development too. The regeneration project by the Peel Group was cited by UNESCO as one of the key reasons behind the city losing its World Heritage status.

“In our view [the Liverpool Waters development] could change the character of the central docks,” adds a spokesperson for the charity. “The sheer scale would also draw attention away from the prominent and iconic Three Graces which are the key feature of the waterfront and define the city’s stunning skyline.”

We reached out to the Peel Group for comment on their controversial development plans, but they declined. In a public statement, however, Peel’s Director of Development Chris Capes affirmed that the city would continue to attract visitors with or without the World Heritage status.

“UNESCO’s decision to remove Liverpool from its list of World Heritage Sites is very disappointing, particularly given the considerable investment that the city has put into protecting and improving its heritage sites in recent years,” Capes comments.

“Without the World Heritage Site status, however, Liverpool’s rich history remains and Pier Head, the ‘Three Graces’ and the city’s many other fantastic historical assets will continue to attract visitors in their millions.

“Regeneration for this part of the city is vital,” he adds. “We will show the world that regeneration and the protection of Liverpool’s heritage can happen together.”

How much does this matter to the people of Liverpool?

Liverpool was one of only three World Heritage Sites in England’s North West, along with the Lake District and the Jodrell Bank Observatory near Manchester. There are 32 across the UK and British Overseas Territories, but only 26 are actually on the British Isles.

From a regional and a national perspective, this is a major loss. But when it comes to people in Liverpool, far fewer seem to care.

“I’ll be honest, I don’t think I ever really understood what World Heritage status actually meant,” laughs Fran, a 21-year-old Liverpudlian, “so I can’t say I give a sh*t that it’s gone.”

Fran’s perspective on the loss seems to be fairly emblematic of the wider view. Most people we spoke to echoed her sentiment - albeit not always quite so bluntly.

“I don’t think it really matters,” says Fred, who has lived in Liverpool for more than 50 years.

While Fred didn’t clarify which of the two Premier League clubs he was referring to - Liverpool FC or Everton FC - over 100,000 foreign visitors a year (pre-COVID) visit the city to watch football matches. In fact, the North West is the primary region international travellers flock to when it comes to football.

Peel and other companies like them think they can buy this city, fill it with luxury flats, price everyone out and make Liverpool look like any other city.

When somewhere like Liverpool has such strong appeal without World Heritage status- does anyone really care about UNESCO’s decision?

“While I don’t think people come because of the World Heritage status, I do think its removal shows that something has gone very, very wrong in our city,” says Kate, an 18-year-old Liverpool resident. “I’ve grown up here, I’ve seen the changes - and totally agree with some of them, but this new batch of developments is a step too far.

“Peel and other companies like them think they can buy this city, fill it with luxury flats, price everyone out and make Liverpool look like any other city.”

Kate’s father, Michael, shares this view. “Look what Peel has done in Manchester! It’s all shiny high-rise buildings that nobody lives in. Manchester used to be a beautiful, historic city and now it’s being filled with cold, sterile high-rises.

“The same thing happened in London. I remember when London was vibrant. Now it’s a soulless husk of a city.”

Michael refers to the ‘Ghost Towers’ and ‘Towers of Greed’ which line the River Thames. Many of the more recent high-rises in the UK capital have been built as luxury apartment blocks, with such high price tags that they are predominantly owned by overseas investors - if they are even sold at all.

“London has become a place where people are sleeping on the streets under huge, empty apartment blocks,” he notes.

“I can’t bear to see Liverpool going the same way.”

“I love my hometown,” Kate concludes, “UNESCO’s decision isn’t going to change how I feel about Liverpool. But I do think Scousers should be seeing this moment as a much-needed wake-up call.”

Mountain hiking with my chihuahua changed my life