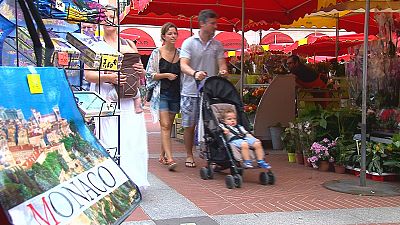 <p>They are in a minority in their own country but cultivate a strong identity. Who are the people of Monaco? We take a look beyond the high life and the happy few with some portraits of ordinary people in their extraordinary city-state.</p> <p>Only a quarter of Monaco’s 37,000 inhabitants have Monégasque citizenship. What unites them? The feeling of being part of a big family. Three of them reveal how they contribute to building a strong Monégasque identity, in tunes with the times, or even, ahead of them.</p> <p>Venturi is the Monégasque electric supercars specialist and the Principality’s showcase in the brand new Formula E, (for Electric), international championship. Launched in Beijing in September, it will be in Monaco next May. An obvious choice according to Michel Ferry, the Principality’s Grand Prix Racing Director. </p> <p>“For fifteen years we’ve been holding a Monte-Carlo New Energies Rally for hybrid, electric and hydrogen cars and so on. So, when the International Automobile Federation suggested they would launch a 100% electric championship, we said: We will be part of it, we want to take part,” he says.</p> <p>With an average speed of 497 km/h, Venturi holds the absolute track speed record for an electric vehicle. A real pride for Monaco, whose history has in part been written by car racing for more than a century.</p> <p>“One cannot ignore motor sport when born in the principality of Monaco, it’s an obligation,” says Ferry.</p> <p>After this short trip into the future, we need to go back in time to discover the secrets of one of the locals’ favourite snacks, the traditional Barbajuan. It is Marc Costa’s specialty.</p> <p>“The Barbajuan, which is par excellence Monégasque, is still handmade the way mother showed it to us,” he enthuses.“Above all, they are perfect!”</p> <p>Sold in his eight bakeries, the Costa Barbajuan is the one to buy in the Principality. But what about the recipe?</p> <p>“It’s mostly chard leaves, ham, rice, onions, cheese and eggs,” says production manager Alain Szaflik.</p> <p>The filling is wrapped in thin, but not too thin, pastry, then fried in oil. Marc and Alain have been working together for 35 years.</p> <p>“In a picture of us all at work, you can see my mother, my father, Alain here as it was taken in 1979 when he had just started, and myself. And we are rolling croissants by hand,” Marc says. “Monaco’s specificity is duration, its peace. There is no political change or government change. There’s a certain form of general tranquility. All the Monegasque companies, the truly Monegasque ones, work on a long-term basis.”</p> <p>Customer Dominique Salvo would likely agree. She gets her Barbajuans from Costa’s between the Monegasque classes she teaches in Monaco’s only State high school: Charles <span class="caps">III</span> high school. It is where she puts her love of words into practice.</p> <p>Since 1976 the Monegasque language has been mandatory from the age of 8 to 14. After that it can be taken as an option up to university entrance level. </p> <p>“I love Monégasque, I love this language and I love what it passes on. I find it’s a delicious language,” she says.</p> <p>For Monaco’s pupils, it is a means of identification which enables them to distinguish themselves from their big French neighbour.</p> <p>“As soon as you know a bit of it, everybody knows you’re from around here. At the same time, even for foreigners, it’s a means of integration,” affirms Dominique, who says perpetuating the Monegasque language is contributing to the construction of national identity.</p> <p>“It comes from the Genoese language, but today it’s only spoken here. Therefore, to let it vanish is to let it die and it’s a people who looses its language, which is not only vocabulary but at the same time is a way of being, of doing, of thinking.”</p> <p>For us, the Monégasque lesson has reached its end. If you love ballet, opera and classical music, do not miss our next edition of Monaco Life.</p>

Not all the Monégasques are billionnaires