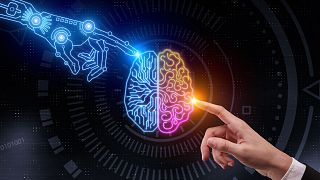 The role artificial intelligence (AI) will play in the future of mankind is so “unbelievably” massive that even the man running what’s the world’s hottest AI start-up these days says he can’t fully picture it.

Sam Altman, co-founder and CEO of Open AI, the company behind the popular new chatbot ChatGPT, says we should expect AI to transform the world in a way we haven’t seen since the iPhone revolution 15 years ago.

ChatGPT, the most advanced AI language model to date, has captured the public’s attention since it was launched in November last year..

It can write essays, articles and poems, translate text and generate ideas on virtually anything, from how to improve a website’s referencing to how to plan a birthday party for a five-year-old.

AI models will be incredibly important to society in the next decades, how we all live our lives, and what’s possible, Altman said in an interview with StrictlyVC, which publishes a daily newsletter on the venture capital scene.

Microsoft is betting on the tech too, announcing this week it was pouring billions more into OpenAI as it races against Google in the field of artificial intelligence.

Altman anticipates AI models will help humanity solve mysteries that would have otherwise taken millennia to unlock, and will generally “improve all aspects of reality to help us live our best lives”.

“The good case is just so unbelievably good that you sound like a really crazy person to start talking about it,” he said.

As for the worst-case scenario, Altman said he is less worried about AI going rogue and acting evil than about “an accidental misuse in the short term,” for instance by a human that would suddenly become “super powerful”.

To tackle that risk, Altman says the latest and most advanced versions of ChatGPT will be rolled out very gradually. This will get people, institutions and policymakers familiar with it, “thinking about the implications, feeling the technology, getting a sense for what it can do and can't do,” he explained.

He gave no timeframe for the much-anticipated release of the next version of ChatGPT, calling the rumours around ChatGPT 4 “ridiculous”.

“People are begging to be disappointed… And, you know, yeah, we're going to disappoint those people,” he said.

ChatGPT is already forcing us to adapt

There are many challenges that ChatGPT will bring, particularly when it comes to education, plagiarism, and professional and academic integrity, Altman acknowledged.

“I get why educators feel the way they feel about this, and probably this is just a preview of what we're going to see in a lot of other areas,” Altman said.

We adapted to calculators and changed what we tested for in math classes. I imagine this is a more extreme version of that, but also the benefits of it are more extreme

OpenAI is already exploring ways in which it can help teachers detect the output of any generative AI like ChatGPT, such as watermarking technologies, but only because “it is important for the transition,” he said.

He added that generative AI is something we just need to adapt to.

“We adapted to calculators and changed what we tested for in math classes. I imagine this is a more extreme version of that, no doubt. But also the benefits of it are more extreme as well,” he said.

“It's an evolving world, and we'll all adapt, and I think be better off for it. We won't want to go back,” he added.

“Before Google came along, there were a bunch of things that we learned, like memorising facts was really important, and that changed. And now I think learning will change again and we'll probably adapt faster than we think”.

In the same way that society has set limits on free speech, it should set boundaries for ChatGPT, Altman said, to decide what an artificial general intelligence (AGI), or machine intelligence, “can and should never do.”

From there, people should be given “a huge amount of liberty” to customise their experience with AGI, he argued.

ChatGPT might be only the beginning of a new AGI era, as there’s “lots more cool stuff coming,” Altman said.

Microsoft announced on Monday that it was making a “multiyear, multibillion-dollar” investment in OpenAI.

Altman said the partnership, which started back in 2019, was an exciting venture.

“They understand the stakes of what AGI means and why we need to have all the weirdness we do in our structure and our agreement with them,” he said.