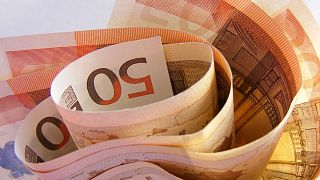 While the amount of cash in circulation has gradually been shrinking in recent years, replaced by contactless payments, a new trend has surfaced among younger generations which brings banknotes back to the core of the way we handle money.

For those willing to try and save money during time of high inflation and a cost of living crisis, “cashstuffing” would have you withdraw your monthly, biweekly or weekly total budget and separate it into separating physical folders, each allocated to a different use.

While online banking apps offer ways to budget people’s savings, those who swear by the trend say using physical money changes your approach to spending it.

The hashtag for the trend, which is particularly popular among Gen Z and Millennials on TikTok, has been viewed by over 520 million people on the social media platform alone.

The "cashstuffing" budgeting method works with people withdrawing money out of their account - enough to meet their monthly, biweekly or weekly budget minus direct payments for rent and bills - and splitting it into different folder, each assigned to a different purpose: groceries, dinner with friends, holiday savings, and so on.

The trend doesn’t restrict the number or the types of expenses, and it doesn’t provide any specific amount of money people should save, but follows the common rules of budgeting.

But, however much you put in the envelope, that’s the amount of money you’re allowed to spend that month. At the end of the month, you can review your expenses, track them on a spreadsheet, and reshuffle the budgeting through the categories, if necessary.

If you have any money left, then you can put this into your savings.

Does it actually help saving money?

For some people, seeing the physical banknotes can give them a better idea of how much money they’re actually spending, whereas tapping card payments can often have an almost "unreal" quality to it.

By using cash and having their entire monthly budget laid down in front of their eyes, people can see immediately when they’re running low on money, and what categories they’re overspending for.

If people have run out of money for their socialising, for example, they’d then turn down an outing with friends, or they’d suggest they and their pals spend a money-free time together, maybe taking a walk instead of going to the pub.

Of course, this could easily be done by checking an online banking app too. But seeing the money being spent, having to physically hand it over to another person, can help some feel more aware of the value of their own savings.

On top of that, having to stick to spending cash only would prevent those with an overspending habit from going into debt, with online purchases bought using Buy Now, Pay Later systems (BNPL), credit cards or overdrafts.

But there’s one significant downside to this trend: security.

Having a large amount of money stuffed in a folder at home is obviously less safe than having your savings in a bank, considering it could be stolen, lost or, in the worst case, destroyed in a fire.

But in times when most people are struggling to even save money at the end of the month, that seems like a secondary problem.