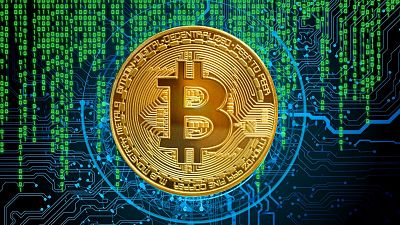 Bitcoin bounced back up to reach a six-week high of around $24,000 (€23,400) on Friday, signalling slight relief for digital currencies as they try to brush off “crypto winter’” amid the troublesome economic period.

The world’s largest digital currency reached $24,412 (€23,880) on Friday, according to crypto platform CoinDesk.

Investors started to show more confidence in Bitcoin after the US central bank raised interest rates on Wednesday by 0.75 percentage points, which is less aggressive than the Federal Reserve could have gone. It also indicated that the pace of the rise could slow.

Additionally, quarterly results from Big Tech companies this week, specifically from Apple and Amazon, assured investors not all was lost in the technology sector.

Other cryptocurrencies also were also higher on Friday, especially Ether, the native token of Ethereum, which last week announced the development of an upgrade called “Merge”. It will move the cryptocurrency to a more energy-efficient and environmentally friendly system in September.

But cryptocurrencies had already been struggling since the start of 2021, with Bitcoin down roughly 50 per cent in value since then.

And in the past couple of months, cryptos have borne the brunt of a massive ripple effect after the so-called stablecoin Terra and its sister coin Luna became virtually worthless overnight. Not only did crypto prices plunge but crypto company Celsius and hedge fund Three Arrows Capital went bankrupt.

This is added to fears of a recession as ​​many countries are dealing with the effects of inflation, which is at a 40-year high. The International Monetary Fund (IMF) on Tuesday dubbed the world’s economic outlook “gloomy and more uncertain”.

Despite cryptocurrencies originally being endorsed as an alternative to the traditional financial system, they are largely affected by traditional finance since institutional capital poured money into digital assets.