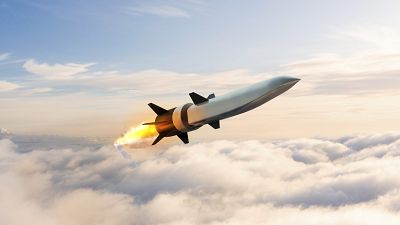 The United States has successfully tested an air-breathing, hypersonic weapon that can fly at more than five times the speed of sound.

The Pentagon announced on Monday its second successful test of the Raytheon-manufactured weapon, which uses air captured from the atmosphere to achieve sustained propulsion to incredible speeds.

The development program for the Hypersonic Air-breathing Weapon Concept (HAWC) is being run by the Defense Advanced Research Projects Agency (DARPA), a missile program conducted in partnership with the US Air Force.

Another weapons manufacturer, Lockheed Martin, is competing with Raytheon for a Pentagon contract to develop the HAWC. Lockheed Martin’s weapon has been tested twice, with one success and one failure.

"Having back-to-back successful flight tests gives us even greater confidence in the technical maturity of our HAWC prototype".

During the flight test, after releasing HAWC from an aircraft and accelerating to hypersonic speeds using the scramjet engine, Raytheon said in a statement: "The vehicle flew a trajectory that engineers designed to intentionally stress the weapon concept to explore its limits and further validate digital performance models."

Hypersonic weapons travel in the upper atmosphere - in the case of HAWC, at altitudes higher than 18 km - at speeds of around 6,200 km/h.

Along with their speed, their ability to change trajectory after launch and evade radar detection means hypersonic weapons are on the front line of the global technological arms race.

The Russian military claims to have used one in its ongoing invasion of Ukraine. And in 2019, China unveiled what it said was a hypersonic weapon during a military parade.