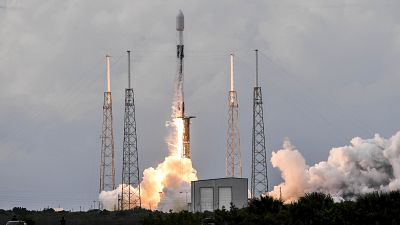 Space company ArianeGroup has secured funding to develop Europe’s first reusable and eco-friendly launchers, in a bid to compete with the likes of Elon Musk’s SpaceX, which pioneered the technology.

The group, best known for making the heavy-lift Ariane 5 and the future Ariane 6, said on Monday it had been selected to conduct the project, which will be funded by the European Commission as part of the Horizon Europe programme designed to encourage and accelerate innovation on the continent.

“This European Commission initiative will enable us to accelerate the development of the first reusable and eco-friendly launchers in Europe, by mobilising all the expertise on our continent and by combining the know-how of the major groups, research institutes and innovative start-ups,” he said in a statement.

In 2019, a Strategic Research and Innovation Agenda was validated by the European Commission and member states to support Europe’s space industry competitiveness through the Horizon Europe programme.

The programme aims to significantly reduce the cost to access to space and hopes to expand new commercial space transportation offers to enable growth in the commercial market.

From these objectives, the European Commission and the member states launched two large calls for proposals on reusability and propulsion in 2021, following a wide consensus on the need for reusability and environmental sustainability in the space industry.

Funding for the two projects will total €56.4 million, illustrating the willingness of the European Commission “to influence the future of European launcher strategy in coordination with the European Space Agency (ESA),” according to a spokesperson for ArianeGroup.

During a visit in December to the ArianeGroup rocket test site in Vernon, Normandy, – where the mini launchers will be developed – French Economy Minister Bruno Le Maire said they would be operational by 2026.

"For the first time, Europe will have access to a reusable launcher. In other words, we’ll have our own SpaceX, we’ll have our own Falcon 9,” Le Maire said at the time, acknowledging that Europe had fallen well behind the private US space company in the field and was now playing catch-up.

The new reusable rockets are now expected to take off from the launch pad of the former Diamant rockets, in Kourou, French Guiana in just four years’ time.

While the deadline is tight, ArianeGroup said it was doable because its engineers were not starting from scratch.

The technology is already being deployed on ESA’s Themis reusable rocket demonstrator, as well as its Prometheus low-cost reusable engine.

The SALTO project will carry out the first flight tests of the Themis reusable launcher stage prototype in Kiruna, Sweden, within the next two years, with a budget of €39 million and contributions from 26 partners from 12 different countries.

The project aims to validate the highly complex landing phase, which is essential for launcher recovery.

The tests are being prepared in collaboration with ESA’s Themis reusable stage programme, and jointly with the Callisto project sponsored by the French (CNES), German (DLR) and Japanese (JAXA) space agencies.

Meanwhile, the ENLIGHTEN project will aim to develop and test advanced production and deployment technologies for reusable rocket engines, with a budget of €17.4 million and contributions from 18 partners from eight countries (Austria, Belgium, Estonia, France, Germany, Italy, Netherlands and Portugal).

The project’s goal is to continue developing key technologies for rocket engines, such as additive manufacturing and artificial intelligence, which are essential for monitoring and maintenance applications for reusable engines.