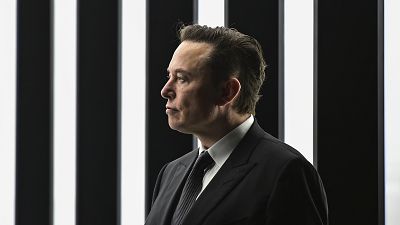 Twitter is trying to thwart billionaire Elon Musk's takeover attempt with a “poison pill" — a financial device that companies have been wielding against unwelcome suitors for decades.

The billionaire offered to buy Twitter this week, saying the social media group needs to be transformed into a private company to become "the platform for free speech around the globe".

Twitter said in a regulatory filing on Thursday that Musk, currently the company’s biggest shareholder, had offered $41.39 billion, or nearly €38 billion, to buy the remaining stock he doesn’t already own.

The ingredients of each poison pill vary, but they're all designed to give corporate boards an option to flood the market with so much newly created stock that a takeover becomes prohibitively expensive. The strategy was popularized back in the 1980s when publicly held companies were being stalked by corporate raiders such as Carl Icahn — now more frequently described as “activist investors."

Twitter didn't disclose the details of its poison pill Friday, but said it would provide more information in a forthcoming filing with the Securities and Exchange Commission, which the company delayed because public markets were closed Friday.

The San Francisco company's plan will be triggered if a shareholder accumulates a stake of 15% or more. Musk, best known as CEO of electric car maker Tesla, currently holds a roughly 9% stake.

Although they are supposed to help prevent an unsolicited takeover, poison pills also often open the door to further negotiations that can force a bidder to sweeten the deal. If a higher price makes sense to the board, a poison pill can simply be cast aside along with the acrimony it provoked, clearing the way for a sale to completed.

True to form, Twitter left its door open by emphasizing that its poison pill won't prevent its board from “engaging with parties or accepting an acquisition proposal" at a higher price.

Adopting a poison pill also frequently results in lawsuits alleging that a corporate board and management team is using the tactic to keep their jobs against the best interests of shareholders. These complaints are sometimes filed by shareholders who think a takeover offer is fair and want to cash out at that price or by the bidder vying to make the purchase.

Musk, a prolific tweeter with 82 million followers on Twitter, had no immediate reaction to the company's poison pill. But on Thursday he indicated he was ready to wage a legal battle.

“If the current Twitter board takes actions contrary to shareholder interests, they would be breaching their fiduciary duty," Musk tweeted. “The liability they would thereby assume would be titanic in scale."

With an estimated fortune of $265 billion, Musk would seem to have deep enough pockets to raise his offer, although he is still working out how to finance the proposed purchase.

Takeover tussles often dissolve into gamesmanship that include poison pills and other maneuvers designed to make a buyout more difficult. That's what happened in one of the biggest and most drawn out takeover dances in Silicon Valley history..

After business software maker Oracle made an unsolicited $5.1 billion offer for its smaller rival PeopleSoft in June 2003, the two companies spent the next 18 months fighting with each other.

As part of its defense, PeopleSoft not only adopted a poison pill that authorized the board to flood the market with more shares, it also created what it called a “customer assurance program." That plan promised to pay customers five times the cost of their software licenses if PeopleSoft was sold within the next two years, creating an estimated liability of up to $800 million for an acquiring company.

PeopleSoft also got another helping hand when the U.S. Department of Justice filed an antitrust lawsuit seek to block a takeover, although a judge ruled in Oracle's favor.

Even though the company ended up selling to Oracle, PeopleSoft's defense strategy paid off for its shareholders. Oracle's final purchase price was $11.1 billion — more than twice its original bid.