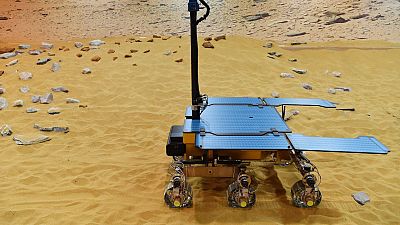 A joint mission to Mars between the European Space Agency (ESA) and Russia has been suspended due to the country’s ongoing assault against Ukraine.

The mission, called ExoMars, entails sending a number of robotic spacecrafts to Mars and Europe’s own rover to explore the red planet this year.

However, ESA member states voted unanimously to suspend the mission on Thursday in light of sanctions imposed on Russia after it began its invasion of Ukraine.

“As an intergovernmental organisation mandated to develop and implement space programmes in full respect with European values, we deeply deplore the human casualties and tragic consequences of the aggression towards Ukraine,” ESA said in a statement.

“While recognising the impact on scientific exploration of space, ESA is fully aligned with the sanctions imposed on Russia by its member states”.

The European Union announced a raft of new sanctions against Russia following the invasion of Ukraine, affecting areas such as finance, energy and technology.

ESA and Russia’s Roscosmos have been working on the ExoMars project for the last decade.

The first part of the mission was in 2016 when a spacecraft was sent to orbit Mars to study the atmosphere. The second part was scheduled to go ahead in the summer of this year.

The rover was named Rosalind Franklin, after the British chemist whose work led to the discovery of DNA’s structure.

The rover will now be stored until it can get to Mars.

Collateral damage: How sanctions on Russia are hurting science too