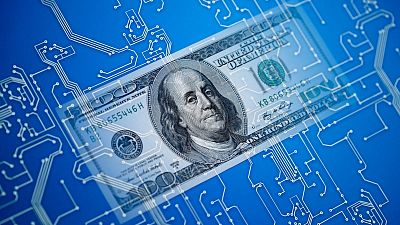 Digital currencies have been surging in popularity over the last few years as cryptocurrencies like Bitcoin have entered the mainstream and captured millions of people’s imagination.

This rise has also turned the heads of the world’s central banks as fears grow that domestic currencies could be undermined by their growth.

In response to these fears, central banks around the world have been investigating the practicalities of creating their own digital currencies.

Almost 100 countries are actively evaluating central bank digital currencies (CBDCs), according to the IMF, and some have already started rolling them out.

What are Central Bank Digital Currencies?

A CBDC is essentially electronic cash. Like traditional fiat currencies, it gives holders a direct claim on the central bank and allows businesses and individuals to make electronic payments and transfers.

It cuts out the middlemen in financial transactions - primarily banks - and allows transactions to travel directly from person to person or customer to vendor.

This helps to eliminate risks to the consumer, such as the collapse of a commercial bank, and creates a direct connection between consumers and a central bank.

The idea of CBDCs comes from cryptocurrencies like Bitcoin or Ethereum. However, there are differences. Cryptos are unregulated and decentralised. They are volatile as their value is based on investors, usage and speculation. This volatility can be seen in the swings in value of Bitcoin over the last 12 months. CBDCs’ value is pegged to a country’s currency and they are designed to be more stable and secure.

Networked electronic resources are used by both crypto and CBDCs to create, track and validate transactions. However, many CBDCs have a central database controlled by a central bank which issues a unique serial number to each ‘e-coin’ issued as a way to identify it.

“The history of money is entering a new chapter,” said Kristalina Georgieva, IMF Managing Director, in an address to the Atlantic Council this week.

“Countries are seeking to preserve key aspects of their traditional monetary and financial systems, while experimenting with new digital forms of money”.

Here’s a run down of the countries that have already rolled out their own digital currencies and some of those that are on the cusp of doing so.

Countries where CBDCs have been launched:

The Sand Dollar was issued by the Central Bank of the Bahamas in October 2020. It was the first nationwide CBDC in the world.

In the Bahamas, parts of the population can’t access financial services as it’s not profitable for commercial actors to operate in all areas in part due to the country’s geography as it’s split up into many different islands.

As a result, 20 per cent of the population is estimated to not have a bank account. It is hoped that the Sand Dollar can help improve financial inclusion and strengthen security against money laundering and illicit economic activities.

Nigeria became the first country in Africa to launch a CBDC last October. The eNaira is stored in a digital wallet and can be used for contactless in-store payments, as well as for transferring money.

Nigeria’s population is around 219 million. According to the Nigerian media outlet Stears Business, 90 per cent of Nigerians have mobile phones, but only 10-20 per cent use a smartphone, which is needed to use the eNaira.

To access the eNaira, the user must also have a national identification number (NIN). This has led to criticism. Proponents of CBDCs say they are to reach out to people who don’t have a bank account. However, critics say there will be an overlap between those without bank accounts and those without a NIN or smartphone.

Countries in the Eastern Caribbean Union created their own form of digital currency meant to help speed transactions and serve people without bank accounts.

The seven countries involved are Antigua and Barbuda, Dominica, Grenada, Montserrat, St. Kitts and Nevis, Saint Lucia, and St. Vincent and the Grenadines.

Anguilla was the only country in the union that opted out.

The Eastern Caribbean Central Bank said "DCash" is the first such blockchain-based currency introduced by any of the world’s currency unions, though some individual nations have similar existing systems.

The system allows users even without bank accounts - but with a smartphone - to use a downloaded app and make payments via a QR code. Those without bank accounts would go to a previously approved agent or non-banking financial institution who would verify a person’s information and then approve a DCash wallet.

Countries that are testing CBDCs in pilot projects

Sweden is undertaking testing of a digital currency that has been dubbed the e-krona. There are plans for the testing to advance from simulated participants to a testing environment with external participants.

Sweden’s Riksbank has developed a proof of concept and is exploring the technology and policy implications of CBDC.

One of the key targets of the project is to ensure broad access to the e-krona in the future. It wants to safeguard the elderly and people with certain disabilities to make sure they aren’t adversely affected in a cashless society.

China became the world's first major economy to pilot a digital currency in April 2020. The People's Bank of China is aiming for widespread domestic use of the e-CNY, or digital yuan, in 2022.

It currently has more than a hundred million individual users and billions of yuan in transactions, according to the IMF.

The country is currently providing digital yuan payment services to visitors of the Beijing Winter Olympics which kicked off last week. Visitors are able to download the digital yuan wallet app or store the money on a physical card.

Jamaica’s prime minister Andrew Holness confirmed that the Bank of Jamaica will roll out a digital Jamaican dollar in 2022 following a successful pilot last year.

“This will serve as a foundation for Jamaica’s digital payments architecture and will facilitate greater financial inclusion, increase transaction velocity while reducing the cost of banking for the Jamaican people,” he said on Thursday.

As part of the test project, J$230 million (€1.28 million) worth of digital currency was minted. 57 customers conducted person to person, cash-in and cash-out transactions and this included transactions with small businesses such as a local craft jeweller.

The Bank of Jamaica will roll out our own digital Jamaican dollar in 2022 after a successful pilot during 2021.

The National Bank of Ukraine has been exploring the possibility of issuing a national digital currency since 2016.

Now the country is preparing a pilot test of its own CBDC.

The upcoming pilot “will serve as a technological basis for the issuance of electronic money, and is the next key step to advance innovation of payment and financial infrastructure in Ukraine,” said Oleksandr Bornyakov, Ukraine’s deputy minister of digital transformation in a statement.

Countries where CBDCs are in development

India is set to launch a state-backed digital currency by next year, the government announced last week.

The "digital rupee" will be based on blockchain technology and is expected to be up and running by the end of March 2023. It will be backed by the Reserve Bank of India.

The Indian minister for finance Nirmala Sitharaman said the digital currency would provide a "big boost" to the digital economy and it would also lead to a more efficient and less costly currency management system.

The European Central Bank (ECB) announced last July that it is actively looking into creating a digital version of the euro.

"Our work aims to ensure that in the digital age citizens and firms continue to have access to the safest form of money, central bank money," Christine Lagarde, the president of the ECB, said at the time.

The European Commission announced on Wednesday that a bill for a digital euro will be proposed in 2023.

The ECB will continue work to develop its digital euro in the meantime.

President Joe Biden signed an executive order on March 9 ordering the US Treasury Department, the Commerce Department and other key agencies to prepare reports on "the future of money" with a view to perhaps creating a digital dollar.

One measure of the order was to find ways to help 5 per cent of Americans who do not have access to bank accounts, while another key facet was to assess the technological infrastructure needed for a potential American CBDC.

Analysts think it could still take years to develop and introduce a digital dollar.