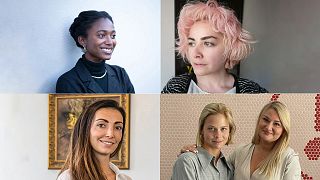 This article was first published in November, 2021, but has been republished for International Women's Day 2022.

But at Web Summit 2021, Europe’s biggest tech event, there were more women than men - tipping the balance with 50.5 per cent of attendees - at the November gathering for the first time in its 10-year history.

Omgyno only launched a few months ago but in that time it has raised €100,000 from a Venture Capital (VC) fund in Spain and also has an angel investor.

Gender bias in AI recruiting: How algorithms hold women back