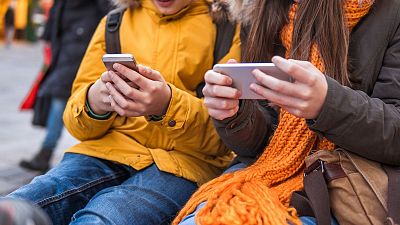 US state attorneys general have launched a nationwide investigation into TikTok and its possible harmful effects on young users’ mental health, widening government scrutiny of the wildly popular video platform.

The investigation was announced on Wednesday by a number of states led by California, Florida, Kentucky, Massachusetts, Nebraska, New Jersey, Tennessee and Vermont.

The platform has an estimated 1 billion monthly users and is especially popular with teens and younger children.

“Our children are growing up in the age of social media — and many feel like they need to measure up to the filtered versions of reality that they see on their screens,” California Attorney General Rob Bonta said in a statement.

“We know this takes a devastating toll on children’s mental health and well-being".

Bonta said the investigation aims to determine if TikTok is violating the law in promoting its platform to young people.

TikTok has said it focuses on age-appropriate experiences, noting that some features, such as direct messaging, are not available to younger users.

The company says it has tools in place, such as screen-time management, to help young people and parents moderate how long children spend on the app and what they see.

“We care deeply about building an experience that helps to protect and support the well-being of our community, and appreciate that the state attorneys general are focusing on the safety of younger users," the company said on Wednesday.

"We look forward to providing information on the many safety and privacy protections we have for teens".

In his State of the Union address on Tuesday night, President Joe Biden asked the US Congress to bolster privacy protections for children, including by banning advertising targeted at them and with measures aimed at reducing the promotion of content that contributes to addiction.

Twitter is expanding its crowdsourced fact-checking program by making notes on potentially misleading tweets visible to more people on Twitter, the company said in a blog post on Thursday.

The social networking site launched the project called Birdwatch last year as a novel experiment that asked Twitter users to identify misleading tweets and write notes to provide information debunking the content, which would then be appended to the original tweet.

Adding context to potentially misleading content is more critical than ever. Starting today, we’re making @Birdwatch notes visible on Tweets to some people in the U.S. https://t.co/1jfiDUsApL

The notes written by the 10,000 contributors in the Birdwatch pilot program have been kept on a separate website.

Now, a small group of randomised users on Twitter in the United States will be able to see Birdwatch notes directly on tweets and can rate the helpfulness of the information, Twitter said.

Over time, Twitter said it aims to expand Birdwatch to additional users in more countries.

A tweet on February 26, which had been retweeted more than 17,000 times, showed an image of British rockstar Paul McCartney waving a Ukrainian flag while on stage in front of a crowd.

A note appended to the tweet on the Birdwatch site said the photo was taken in 2008 when McCartney performed at an "Independence Concert" in Kyiv.

Twitter said that in a survey, people were 20 per cent to 40 per cent less likely to agree with the content of a potentially misleading tweet after reading a Birdwatch note about it, versus those who saw the content without the note.

Ukraine will unveil plans for non-fungible tokens (NFTs) to support its armed forces, its vice prime minister said on Thursday, the latest move in Kyiv's efforts to raise funds in crypto assets after Russia invaded the country last week.

NFTs are a kind of crypto asset which represents a digital file such as an image, video or text. They surged in popularity in 2021, generating $25 billion (€22.9 billion) of sales.

"We will announce NFTs to support Ukrainian Armed Forces soon," Mykhailo Fedorov said in a tweet, without giving any further details of the project.

"Every day there are more and more people willing to help Ukraine to fight back the aggression".

Ukraine last week posted appeals on social media for donations of Bitcoin and other digital tokens to support the country. As of Wednesday, it had raised crypto worth almost $43 million (€39.38 million) from almost 67,000 donations, according to blockchain researcher Elliptic.

Ukraine's ministry of digital transformation has told Reuters they would use the funds "to destroy as many Russian soldiers as possible".

How 'white saviourism' gets you famous on TikTok