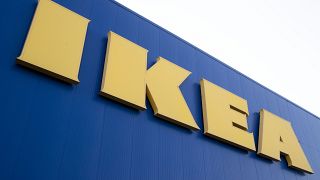 IKEA will hike its prices by an average of 9% next year due to ongoing supply and transportation disruptions, the company that operates most of the Swedish furniture giant's stores confirmed.

The announcement came as pandemic-fuelled shortages and shipping challenges ramp up inflation and pinch economies globally, with consumers increasingly feeling the pînch.

"Like many other industries, IKEA continues to face significant transport and raw material constraints driving up costs, with no anticipated break in the foreseeable future," Ingka Group, the holding company that owns 90% of IKEA's stores, said in a statement.

These higher costs — which are mostly being felt in North America and Europe — will now have to be passed on to customers, it added.

"The average of the increase in Ingka Group is around 9% globally, with variations across Ingka Group countries and the range, reflecting localised inflationary pressures, including commodity and supply chain issues," the Ingka group went on.

According to the company, its franchisor, Inter IKEA Group, absorbed costs amounting to €250 million across 2021 due to these logistical tensions, which were exacerbated by the rebound in demand after the first phase of the pandemic.

Container transport prices are at record levels following the outbreak of the pandemic, which has disrupted maritime logistics.

At the same time, the franchisor behind the world's largest furniture seller reported higher sales for the year at €25.6 billion, up 8%.

In the eurozone, inflation reached 4.9% over one year in November, a record high since the introduction of the single currency in 1999.

In the United States, prices rose by 6.8% last month compared to November 2020, its highest level in 39 years.