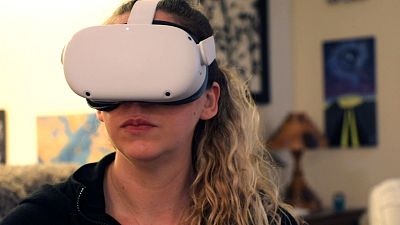 The metaverse triumphed over Christmas this year and proved a big win for Meta, the company formally known as Facebook.

Meta’s Oculus Virtual Reality app was the most downloaded application on Apple’s App Store on December 25, suggesting the Oculus VR headset, was one of the most popular technology gifts this Christmas.

The App store ranking is not the most precise but it does provide some evidence to show which applications are popular and can help decode trending technologies.

Meta does not provide official data on how many VR headsets were sold over Christmas. They cost around €349, according to the Oculus website.

It is the first time the Oculus app has been at the top of the App Store chart on Christmas. It comes after Meta CEO Mark Zuckerberg announced in October the company would change its parent name from Facebook to Meta and invest $10 Billion (€8.8 billion) to kickstart and create the metaverse.

The metaverse is a virtual world, which Zuckerberg believes will be the future of social networking, gaming and work.

Earlier this year, Zuckerberg said that the metaverse "is going to be the successor to the mobile internet".

Shares in Meta traded up 3.4% on Monday, following the news the Oculus VR app topped the App Store chart.

The app’s popularity shows the growing adoption of Meta’s influence on the metaverse. But Meta is not the only company investing in the virtual world.

Gaming company Roblox has been supporting and the creation of a metaverse long before Meta and in March the company went public at an approximately $40 billion (€35 billion) valuation.

Is Apple really worth $3 trillion and what's its secret?