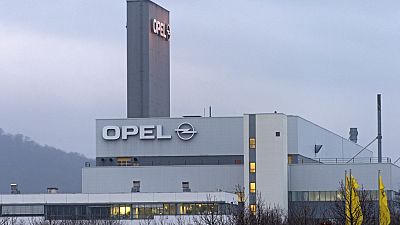 Opel has announced that operations at its Eisenach plant in Germany would be halted until the "start of 2022" as a global microchip shortage holds back production, a spokesman for the carmaker has said.

It has suspended construction of the Grandland SUV and told employees they will be shifted to part-time work.

Workers have been voicing their frustration amid reports Opel will continue the manufacturing of the SUV at another plant in France.

"It is very concerning when the plant stands still for months and when you know production will continue elsewhere instead. It feels like a betrayal to us," Opel employee Reinhard Schäfer said.

But with the breaks being applied in the Eisenach plant, other businesses in the area are feeling the effects. Sebastian Kluge, a baker who lives in the area, fears this would affect his business.

"When the shifts are no longer there, no one drives by here anymore. There are a lot of people who travel to work from other areas who also do their shopping here," he said.

About 1,400 people work at the plant in Eisenach and most will be affected by the shutdown.

Opel says the factory should return to its full capacity in the new year.

Shortages of semiconductor chips and other raw materials are continuing to hit Germany's manufacturers, as bottlenecks leave companies struggling to fill orders from a rebounding global economy.

Widespread friction in supply chains sent a closely watched index of German business optimism lower for the third month in a row in September. The Ifo institute index fell to 98.8 points from 99.6 in August.

"The problems with obtaining raw materials and intermediate goods is holding back the German economy," the Munich-based institute said on Friday. "Industry is experiencing a bottleneck recession".

The German economy, Europe's largest, has rebounded sharply from the depths of the pandemic shutdowns in the first part of 2020 with gross domestic product in the second quarter marking a 9.4 per cent increase over the same quarter last year.

But major manufacturers such as auto firms Daimler, BMW, and Volkswagen have all experienced trouble getting the semiconductor chips they need for today's cars stuffed with electronic features such as advanced driver assistance.

Other materials needed by businesses, including steel, construction materials, and plastics, are also in short supply.