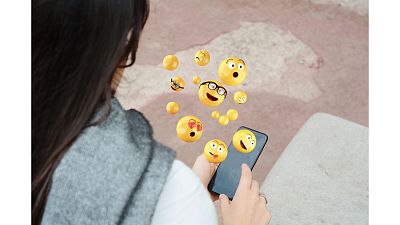 WhatsApp on all fours

Global messaging tool WhatsApp is finally getting around to honouring a request users have been making for years: it is testing a new feature that will enable sending and receiving messages without using phones.

The Facebook-owned app currently only works while linked to a user’s phone - desktop and web apps still need to be connected to receive messages.

In a blog posting on the Facebook site, the messaging giant said the feature will allow WhatsApp on the phone and up to four other non-phone devices such as tablets and PCs simultaneously “even if your phone battery is dead.”

Very excited to be launching a beta of our new multi-device capability for @WhatsApp. Now you can use our desktop or web experiences even when your phone isn't active and connected to the internet. All secured with end-to-end encryption.

With the new feature WhatsApp is acknowledging that having the phone as central connector to other messaging devices has until now forced a trade-off in quality.

“Companion devices are slower and frequently get disconnected — especially when the phone has a poor connection, its battery is running low, or the application process gets killed by the phone’s OS,” it said.

“It also allows for only a single companion device to be operative at a time, meaning people can’t be on a call in Portal while checking their messages on their PC, for example.”

The beta test will initially allow a limited number of users, opening up the feature to wider audiences in due course.

Emojis of the world unite

Move over Crying and ROFL (Rolling on the Floor Laughing) emojis - and make room for Pregnant Man.

This ‘expectant male’ emoji, a multicultural handshake accompanied by other hand gestures with varying skin tones, plus a ‘can’t bear to look’ emoji have all just been drafted and nominated in time for World Emoji Day on Saturday July 17th.

? For #WorldEmojiDay which draft emoji candidate are you most looking forward to? ?️ Vote now: https://t.co/r13ggFy0gqpic.twitter.com/BaUtTyZgux

Those with the highest public votes could join the rest of the pack in your socials from September - if approved for inclusion in the forthcoming Unicode Standard that governs the encoding, representation and use of text characters across different languages.

Emojipedia, the website that documents meaning and usage of emojis, has also introduced a number of gender-neutral emojis, reflecting its stance for more equality and diversity of expression among users. These include ‘pregnant person’ alongside the newly-inducted prenatal man and ‘person with a crown’ to depict non-binary royalty.

The (final) reincarnation of Clippy?

Microsoft is planning to crash that emoji party on Saturday with the reincarnation of Clippy, a once prominent animated ‘help’ feature icon in its Office software suite until scrapped in 2007.

Both loved and reviled, the paperclip icon had been variously revived and killed off again -until Microsoft ‘threatened’ on Twitter this week to bring Clippy back as a permanent paperclip emoji, if the idea received more than 20,000 likes.

It had promptly received more than 166,000 ‘hearts’ by the time Euronews Next went to press.