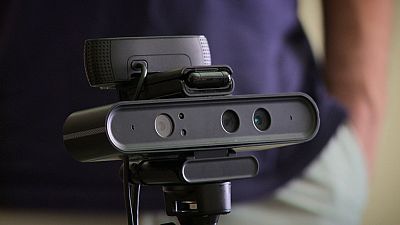 Zacharias the robot of course – at least that is what researchers are banking on.

Having R2D2 follow you around the house and telling you you haven’t shut the fridge door or it’s dinner time but you still haven’t used the microwave may sound like a rather alienating experience and certainly not one to look forward to when you’re old.

But sadly the reality is the elderly are more and more often lonely. Worse, in Europe the proportion of elderly in the overall population is growing and so are the levels of loneliness.

Zacharias is a very sensitive robot who can track the movements and walking speeds of people around him.

Laser sensors and cameras help him identify unusual patterns that could lead to the early detection of Parkinson’s disease, Alzheimer’s or Multiple Scleroris.

This prototype is currently being tested in Greece.

Meet the robot designed to look after our elderly relatives