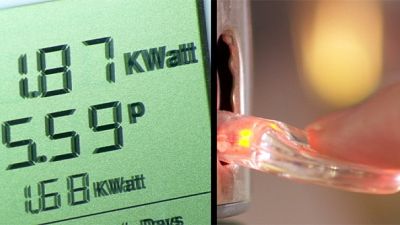 <p>In Europe we use nearly four times more energy per capita than in Asia or South America, and 30% of this consumption is domestic. Analyse them, and the statistics get worse – at least 16% of this energy is wasted. To see how this might change, we go to Manchester, in the UK.</p> <p>Here, scientists are helping people save energy. But not through home improvements or buying new houses or greener appliances. Just by providing a simple way of understanding people’s energy consumption. </p> <p>Pukul Rana, the coordinator of the Dehems Project, at Manchester Digital Development Agency said: “The main aim of the Dehems Project is really to influence behavior changes in the end user. How they manage their home’s energy but also how they use the information they are receiving.”</p> <p>A few simple metres give people real time information about their energy consumption.</p> <p>“We have one simple base kit which just monitors the household’s main energy consumption. But we also have appliance levels monitors (a electronic meter they plug between the plug and the main calbe of the appliance), and that allow us to provide a much more detailed understanding of each household’s energy usage.”</p> <p>Fiona Nicholls, a project volunteer, has the base kit for electricity and now she is getting another one for gas. She said: “I think I am doing things better. I think I’m looking at some of the appliances in my house which I would not ordinarily look at because I notice them on screen and if you didn’t have something to see that you wouldn’t be able to do something about it.”</p> <p>When Fiona turns the kettle on, she can see how much energy she is consuming and what it costs. </p> <p>“I think it has been the easiest technology anybody could use. I will definitely carry on using it, and I hope the project will allow me to keep some of it, but if not, then I think I will go out and buy myself some equipment.”</p> <p>Pukul Rana said: “Our last analysis of the results showed that actually our living labs users are saving up to 8 per cent in their overall energy consumption from when they started the project. And we are hoping that by the end of that we will double that and hopefully get to a 20% figure for the Dehems living labs.”</p> <p>Here in Mannheim, Germany, scientists are working on another European Union research project devoted to control consumption.</p> <p>Mr Nagy comes back from work. But even while he was out, his house was saving energy. Anke Weidlich, the coordinator of the SmarHouse/Smartgrid project, said: “We have some smart gateways that you can install in your house and they can control some of the appliances, for example the washing machine or the freezer. The gateway chooses the right time for the consumption.”</p> <p>You just load the washing machine and leave it. Then the gateway will turn it on when electricity prices drop or when Mr Nagy wants it to, once he’s checked electricity prices on the internet.</p> <p>Robert Nagy, a project volunteer said: “With this system we’ve changed our habits of using our electrical appliances. We now use them at different times. First we look at the times when electricity prices are lower and this way we save money and electricity when using our appliances.”</p> <p>But Mr. Nagy also uses more renewable energy than his neighbours because the gateway turns his appliances on when renewable energy is available. </p> <p>To find out if it is possible to be completely energy independent we went to Lavrio, just south of Athens in Greece.</p> <p>We visited a very special building – all its energy needs are supplied by its own wind and solar power generators. </p> <p>Ioannis Paspaliaris, a metallurgical engineer, frm the National Technical University of Athens said: “The problem that we are going to address here is that renewable energy sources (<span class="caps">RES</span>)generate energy not continuously and not steadily. Therefore when you have <span class="caps">RES</span> in the building, the energy produced from them is not always equal to the energy consumed by the building. Sometimes it is higher, sometimes it is lower. Therefore, when it is higher you have to store the excess of energy, and when it is lower, you have to use energy stored inside the building.”</p> <p>Storing energy in batteries would require too many batteries, and batteries have a short life. So here using electrolysis, they transform excess energy into hydrogen, and store it.</p> <p>This project aims to integrate hydrogen storing systems into whole neighbourhoods, big buildings, or even in individual houses.</p> <p>Said Ioannis Paspaliaris: “In the future, hydrogen houses will perform better if they are low-energy. When a building has low consumption of energy, then the whole system which is required to fulfill its energy needs is smaller, and therefore more economical.”</p> <p>Controlling how energy is used is a vital part of reducing energy consumption and making our homes more environmentally friendly.</p> <p><a href="http://www.dehems.eu">www.dehems.eu</a><br /> <a href="http://www.smarthouse-smartgrid.eu">www.smarthouse-smartgrid.eu</a><br /> <a href="http://www.h2susbuild.ntua.gr">www.h2susbuild.ntua.gr</a></p>