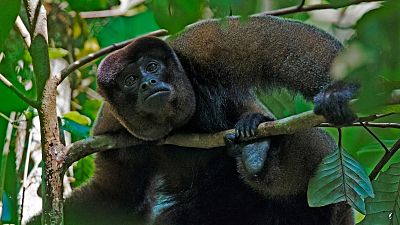 A landmark court ruling has led Ecuador to become the first country in the world to give legal rights to wild animals.

The ruling came after a woolly monkey was moved from its home to a zoo and died a week later. The monkey, named Estrellita, was taken from the wild at one month old and kept as a pet for 18 years by librarian Ana Beatriz Burbano Proaño.

Owning wild animals is illegal in Ecuador so the pet was seized by authorities in 2019 and after being taken to a zoo she passed away.

Before knowing that she has died, her owner filed a habeas corpus petition - a legal mechanism to determine if the detention of an individual is valid. She asked for Estrellita to be returned to her and for the court to declare that the monkey’s rights had been violated.

The verdict raises animal rights to the level of the constitution, the highest law of Ecuador.

Last December, the court ruled in favour of Ana Beatriz Burbano Proaño but also added that the animal’s rights had been violated when it was removed from its natural habitat.

“The verdict raises animal rights to the level of the constitution, the highest law of Ecuador,” says Ecuadorian environmental lawyer Hugo Echeverría.

In 2008 Ecuador became the first country in the world to recognise nature as a legal entity, enshrining the right of its people to live in a healthy environment in its constitution. Echeverría adds that while the rights of nature were already part of the constitution, it was not clear whether individual wild animals could benefit from them.

“The Court has stated that animals are subject of rights, protected by rights of nature.”

It is thought to be the first time the law around the rights of nature has been applied in a court.

What does this mean for Ecuador’s wild animals?

Within the case, the court also noted that “wild species and their individuals have the right not to be hunted, fished, captured, collected, extracted, kept, retained, trafficked, traded or exchanged.”

It added that these rights come from the animals’ own value, not their value to humans making it clear that animals have the power to enforce these rights in a court.

Also included was a call for Ecuador’s Ministry of the Environment to create more rules and procedures to ensure that the constitutional rights of wild animals are respected.

Colombia, New Zealand, Panama, Chile and Mexico have also granted nature legal protection, either through their constitution or court system.