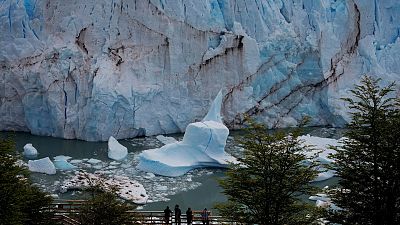 Humans have managed to avert ‘worst-case’ climate change scenarios, according to a new study circulating online.

Global warming of 4 to 5 degrees above pre-industrial temperatures is no longer looking plausible, say the authors at University of Colorado Boulder, and the 2°C upper limit of the Paris Agreement goal is still within reach.

Sounds like good news, right? The bad news is that the study - published last week in Environmental Research Letters - has been widely discredited by climate experts, along with lead author Roger Pielke Jr.

Historically, Roger Pielke Jr has been one of the people underplaying climate impacts. https://t.co/Lgla3Aklak
This research focuses on the 2C Paris goal (not 1.5C) https://t.co/ADbNcOlQ11
seems ballpark to other studies I've seen

Others pointed out on Twitter that the Paris Agreement aims to limit warming to “well below 2°C”, after the study was shared in the Daily Mail and a handful of other outlets.

More than 200 scientists using 14,000 peer-reviewed papers worked on the IPCC’s Sixth Assessment Report (AR6), before it was approved by 195 member governments. They found that Earth's temperature will almost definitely reach the critical threshold of 1.5°C within the next 20 years.

Without immediate, rapid and large-scale reductions in greenhouse gas emissions, even limiting warming to 2°C will be beyond reach, the authors warned.

How is global warming calculated?

Looking into the future is a complex science. Around 100 distinct climate models were used for the first part of the IPCC’s assessment published in August 2021. This report summarises the “physical science basis” for climate change.

These model simulations used a new set of scenarios to the previous assessment, derived from Shared Socio-economic Pathways (SSPs). These look at how societal choices will impact greenhouse gas emissions over the coming decades.

Combined with historical observations and new data on Earth’s climate sensitivity, it’s the most up-to-date approach we have to predicting the future of global warming.

But Pielke - who has consistently opposed the idea that extreme weather events and climate change are connected - claims these scenarios are outdated.

Co-author Matthew Burgess adds that potential warming of 4ºC or 5ºC is looking “less and less plausible by the year” - partly, he says, because economic growth in poorer countries is being overestimated.

Previous studies have shown that using “the most aggressive scenario” in assumed fossil fuel use is an important tool for predicting risks and building policies.

And as Mann explains, “When one accounts for so-called carbon cycle feedbacks that are still not well captured in most models, it is still very plausible that CO2 concentrations could rise to levels of 700 parts per million (ppm) or higher, enough to yield 4ºC to 5ºC of warming.”

As an example of carbon-cycle feedback, the professor of atmospheric science at Penn State points to the escape of methane from thawing permafrost into the atmosphere, which in turn causes further warming.

Carbon released from more extensive wildfires due to warming and drying is another example of this worrying loop.

Equally, “there’s no science that supports the idea that we are committed to some sort of runaway warming,” Mann said in a recent interview. He cautions against “bad actors” who try to claim it’s too late as well as those who preach unfounded optimism.

“The science pretty clearly now indicates that how much warming we get is a function of how much carbon we burn. And the flip side of that is if we bring our carbon emissions to zero, the warming, at least of the surface of our planet, stabilises very quickly.”