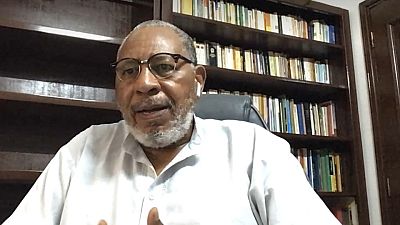 Everyone "has a role to play" in the climate crisis, said Youba Sokona, vice-chair of the UN panel that published a "code red" climate change report this week.

The report published yesterday is meant to serve as a warning for humanity, instructing developing countries, and particularly countries in Africa, to turn to climate-friendly infrastructures.

Sokona, who is also a special advisor for sustainable development at the South Centre think-tank, told Euronews that everyone must do their part to help the environment.

"In industrialised countries, this is reflected in the reduction of greenhouse gas emissions," he said.

"In African countries, particularly in sub-Saharan Africa, it is much more about greenhouse gas avoidance and having a low-carbon, climate-resilient development model."

He added that energy and agriculture sectors need to be developed "differently from what we have known so far" to be climate-resilient and low-carbon.

Many countries will struggle to adjust to a changing climate, and many African countries are particularly vulnerable.

Even though the continent emits fewer greenhouse gases, it is still one of the most exposed places to climate extremes.

The IPCC report on climate change is 'code red for humanity'