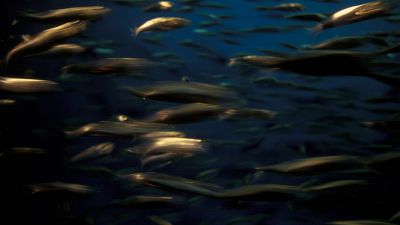 Many believe that saving marine life and preserving our oceans means fish has to be off the menu, but according to a new study marine conservation could actually help the fishing industry.

New research published today shows that closing areas of the world’s oceans to fishing and other damaging activities could increase fish populations six-fold over ten years, meaning fishing and marine conservation can go hand in hand.

The researchers from Campaign for Nature are calling for Marine Protection Areas (MPAs) to be implemented as part of an international effort to combat marine damage. The policy would have the triple benefit of: protecting biodiversity, increasing fishing yield, and decreasing carbon emissions from seabed trawling.

“The benefits are clear. If we want to solve the three most pressing challenges of our century - biodiversity loss, climate change and food shortages - we must protect our ocean.”

‘The enemy of fisheries is overfishing’

If the right areas of the ocean are protected then fish supplies could increase by up to eight million tonnes, which is equal to one tenth of fish caught globally in 2018.

The increase would occur through spillover from protected zones and has the potential to reverse the effects of managed fishing in some areas. Currently only seven per cent of the oceans are under some kind of protection.

Dr Reniel Cabral adds, “with time, the ocean can heal itself and again provide services to humankind.”

The majority of these habitats are within the 370 km exclusive economic zones that surround coastal nations.

“"Perhaps the most impressive and encouraging result is the enormous gain we can obtain for biodiversity conservation - if we carefully chose the location of strictly protected marine areas,” says Dr David Mouillot.

Using the ocean floor as a carbon sink

The ocean floor is the largest pool for carbon storage on the planet and disturbing those carbon stores through trawling can be dramatic; releasing carbon from ocean sediments can cause ocean acidification which leads to an increase in atmospheric CO2.

Bottom trawling of the seabed is responsible for one gigaton of carbon emissions on average annually: this is equivalent to all emissions from aviation worldwide.

Protecting the seabed is a nature-based solution to climate change: eliminating 90 per cent of the present risk of carbon disturbance due to bottom trawling would require protecting only about four per cent of the ocean.

International cooperation is essential for the establishment of Marine Protection Zones and could be twice as effective as national conservation policies.

The 15th Conference of the Parties to the United Nations Convention on Biological Diversity is due to take place in Kunming, China in 2021. Around 190 countries will be there to finalize an agreement to end the world’s biodiversity crisis.

The United States, the United Kingdom, Canada and the European Commission have already committed to the ‘30x30’ target.

“It’s clear that humanity and the economy will benefit from a healthier ocean,” adds Dr Enric Nala, “and we can realise those benefits quickly if countries work together to protect at least 30 per cent of the ocean by 2030.”

Every weekday at 15.30 CET, Euronews Living brings you a cutting edge, environmental story from somewhere around the world. Download the Euronews app to get an alert for this and other breaking news. It's available on Apple and Android devices

Could the cure for COVID-19 lie at the bottom of the ocean?

The 14 countries pledging to save the world's oceans