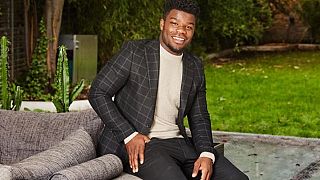 Levi Davis has been missing for over a week, according to his old team Bath Rugby. The team posted a Twitter update asking for any information as to his whereabouts.

The English 24-year-old, who plays for Worthing Raiders in the National League 2 South, was last seen at the Old Irish Pub in central Barcelona on 29 October.

Former England player, Tom Vardnell, has appealed on Twitter asking "if there is anyone else that may have had contact or seen him in Barcelona in the last 5 days please message here or contact the West Midlands police."

Thank you to everyone who has made contact regarding Levi Davis. The support has been fantastic. If there is anyone else that may have had contact or seen him in Barcelona in the last 5 days please message here or contact the West Midlands police

Davis made history in 2020 when he came out as bisexual, the first rugby union player to do so while still playing.

He came out via a WhatsApp groupchat message to his Bath teammates.

“I want to be open and honest with you boys, as friends and teammates. I’m bisexual. I have known since I was 18.”

He has also made notable TV appearances outside of his rugby career, taking part in ‘The X Factor: Celebrity’ alongside rugby players Thom Evans and Ben Foden in 2019.

In the last month, Davis started an OnlyFans account alongside releasing a song called ‘Leda’. The day before his disappearance, Davis posted photos titled “My first nudes” to the platform.

Family and friends are concerned for the rugby star’s wellbeing. His mother has told papers that Davis previously struggled with depression. She also noted the discrimination Davis has faced in the sport.

“Rugby has not been the best at looking after Levi and he’s suffered a lot of racial prejudice,” Julie Davis said.

Davis travelled to Barcelona on 29 October after taking the ferry from Ibiza.

He was last spotted at The Old Irish Pub near Las Ramblas around 10.05pm carrying a small black rucksack and wearing a white short-sleeved T-shirt, black trousers, and black and white trainers.

It is reported that Davis may have left Ibiza without extra clothes, money or his prescribed medicine.

His mother has reported two sightings.

“A Spanish woman saw him on the beach in Sitges and noticed him after seeing all the media publicity about his disappearance,” she said.

“She said he looked homeless and dishevelled and when she tried to speak to him, he ignored her and walked away.

“In the other sighting he was sitting in a doorway in Barcelona. The sightings are a bit of positive news at a difficult time for the family.”

Anyone with information as to Davis's whereabouts have been asked to contact "findlevidavis@gmail.com"

Why was Rugby League illegal in Greece?