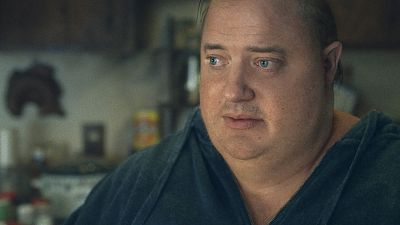 An emotional Brendan Fraser received a six-minute standing ovation at the Venice Film Festival for his performance in Darren Aronofsky's 'The Whale'.

In the film, based on the acclaimed play by Samuel D. Hunter, Fraser plays a 272kg morbidly obese English teacher near the end of his life, who attempts to reconnect with his teenage daughter (played by Stranger Things star, Sadie Sink).

Fraser's performance, which has already received a lot of Oscar buzz, marks a triumphant comeback for the Mummy trilogy star, having not featured in a leading role since 2013.

For a period of time, the American-Canadian actor could be seen on the big screen everywhere.

But in the mid-2000s, at perhaps the pinnacle of his fame and career, Fraser disappeared from Hollywood's spotlight completely.

What happened to Brendan Fraser?

In a 2018 interview with GQ, Fraser came forward and said that he had been sexually assaulted by Philip Berk, the former president of the Hollywood Foreign Press Association.

He claimed that he was approached and inappropriately groped by Berk at the Beverly Hills Hotel in 2003.

"His left hand reaches around, grabs my ass cheek, and one of his fingers touches me in the taint. And he starts moving it around," the actor said.

"I felt ill. I felt like a little kid. I felt like there was a ball in my throat. I thought I was going to cry."

Despite sending Fraser a handwritten apology, Berk has denied the misconduct allegations, writing to GQ that "Mr Fraser's version is a total fabrication".

"My apology admitted no wrongdoing, the usual “If I've done anything that upset Mr. Fraser, it was not intended and I apologise," added Berk.

Fraser has said the incident led him to spiral into severe depression and retreat from public life.

"I was blaming myself and I was miserable," he told GQ.

The actor suspected he had been blacklisted by the HFPA, as he was rarely invited to the Golden Globes award ceremony (hosted by the HFPA) after the ordeal.

After the alleged incident, Fraser also battled with personal setbacks including problems with his health, divorce and the death of his mother.

However, since 2018, Fraser's career has been on the up - which many fans have labelled the 'Brenaissance' across social media.

He featured in Danny Boyle's acclaimed drama Trust (2018), alongside Donald Sutherland and Hilary Swank, as well as starring in Steven Soderbergh's latest film, 'No Sudden Movie' (2021).

And most recently, following the early screenings of Aronofsky's 'The Whale', many people believe Fraser's standout performance could secure him his first Oscar nomination.

Fans and high profile celebrities including Dwayne Johnson have been reacting on social media following Fraser's standing ovation at Venice.

Fraser will also be part of the cast for Martin Scorsese's upcoming 'Killers of the Flower Moon', alongside De Niro, Leo, and Jesse Plemons.

We are truly witnessing a Brendan Fraser renaissance.