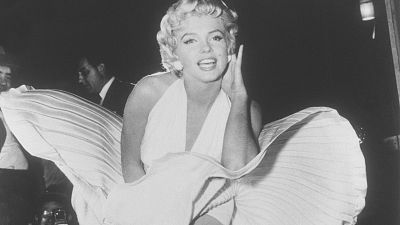 Despite leaving an indelible mark on Tinseltown and becoming one of the most recognizable faces in showbizness over six decades ago, Hollywood icon Marilyn Monroe still remains an enigma to many.

Most people know that the renowned actress, singer and model was born Norma Jeane Mortenson and still remember her simply for playing comedic "blonde bombshell" characters.

To mark the 60th anniversary of her death, here are some lesser-known facts about the iconic star and the legacy she left behind.

Her signature rasp was a technique to remove her stutter

Monroe’s breathy tone was her trademark, but few know the reasons behind this trait.

The star suffered from a stutter since childhood, which would've caused problems in the industry in which she wanted to thrive. During speech therapy, she was trained to adopt a throaty style of speaking in order to overcome her stutter.

She helped Ella Fitzgerald secure a gig, opening the door for black musicians

Monroe was a fan of jazz singer Ella Fitzgerald and convinced Charlie Morrison, the owner of the prestigious nightclub Mocambo, to book Fitzgerald in 1955. This was a turning point in her career, and the performance she gave proved beyond a doubt that the “First Lady of Jazz” was worthy of performing at the most exclusive venues in the US.

Some music historians have suggested that this act of solidarity caused a knock-on effect for the wider black musician community, encouraging other nightclubs to open their doors to more black singers.

She wanted to sleep with Albert Einstein “just for fun”

According to a report by the LA Times, actress Shelly Winters, who Monroe’s roommate during their early 20s, revealed the two had made a list of men they wanted to sleep with “just for fun”. Among the names on Monroe’s list was renowned theoretical physicist Albert Einstein.

“I never got to ask her before she died how much of her list she had achieved, but on her list was Albert Einstein," Winters told the LA Times. "After her death, I noticed that there was a silver-framed autographed picture of him on her white piano.”

She converted to Judaism before marrying playwright Arthur Miller

The star’s third marriage (after being married to aircraft factory worker James Dougherty and baseball player Joe DiMaggio) was to playwright Arthur Miller.

Before marrying the writer of 'Death of a Salesman' and 'The Crucible' in 1956, she decided to convert to Judaism. They wed after Monroe converted to the religion, with actor-director Lee Strasberg giving the bride away during what was reported to be an intimate Jewish ceremony.

The dress she wore to sing "Happy Birthday" to John F. Kennedy in 1962 was so tight she had to be sewn into it

Another famous moment in which Monroe made her mark on the history of pop culture was when she sang “Happy Birthday” to John F. Kennedy in 1962. According to Vogue, the nude, crystal-covered dress which Monroe wore was so tight she had to be sewn into it.

In 1999, the dress itself set a record when it was auctioned at the highest price for a single item of clothing, selling for $1.26 million (€1.23 million).

She left a quarter of her assets to her psychiatrist

It’s commonly believed that Marilyn started seeing Dr Marianne Kris in 1957 and spent longer undergoing analysis with Kris than any other psychoanalyst.

In the star’s will, she left 25 percent of her assets to Kris, stating that the money should be used "for the furtherance of the work of such psychiatric institution or group as [Kris] shall elect." After Kris died, the share of Monroe’s fortune was donated to the Anna Freud Centre for the Psychoanalytic Study and Treatment of Children in London.