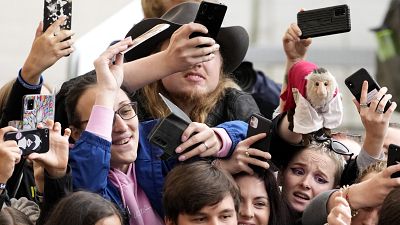 The colourful Czech spa city of Karlovy Vary is back to hosting the 56th edition of its international film festival, after two editions affected by the COVID-19 pandemic.

The event opened with a grandiose show, celebrating the fact that cinephiles are finally able to enjoy the festival without any restrictions.

A large delegation was present on the red carpet for the Lithuanian, French and Belgian co-production Vesper, a sci-fi fantasy thriller which premiered accompanied by a special drone.

The unique-looking automaton protects and supervises the main character, 13-year-old Vesper and her paralyzed father during their fight for survival in a post-apocalyptic world.

This dystopian and eco–futurist fairytale is set in a Lithuanian woodland landscape and sees invisible oligarchs hiding in citadels, dictating the rules while the rest of the population suffers.

The Karlovy Vary International Film Festival is the largest film festival in the Czech Republic and it is considered to be the most prestigious in central Europe due to its rich and long history.

The line-up contains over 160 films, with 12 selected for the main Crystal Globe competition.

The festival kicked off on 1 July and will run until Saturday.