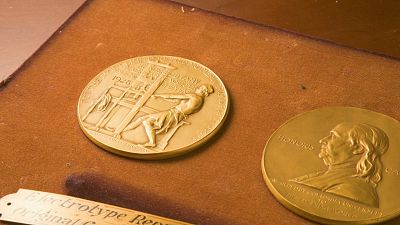 The Pulitzer Prizes for 2022 were announced yesterday, including a special citation for Ukrainian journalists in their coverage of the Russia-Ukraine war.

The Pulitzer Prizes are one of the most prestigious awards for journalism and writing, with 15 different categories of prizes awarded to journalism as well as seven in categories for books, drama and music.

Here’s everything you need to know about this year’s prize winners.

The top gongs for journalism

The Pulitzer committee endeavours to recognise the most impressive works in all forms of journalism across the year. Only US journalism qualifies.

Much of the journalism awarded covered some of the biggest stories of 2021.

The Washington Post won the Pulitzer Prize in Public Service Journalism for their extensive reporting on the 2021 insurrection on the US Capitol Building, published in a series of interactive pieces.

The Public Service award is unique in the ceremony, receiving a gold medal instead of prize money.

Journalists from the New York Times won the most awards, with the staff awarded for International Reporting and National Reporting. Salamishah Tillet won in the category 'Criticism' which appeared in the paper.

The New York Times’ coverage of the US pullout of Afghanistan and their dispute of official civilian death tolls was noted in the explanation for the international prize.

The prize for Feature Photography went to Adnan Abidi, Sanna Irshad Mattoo, Amit Dave and Danish Siddiqui and their photos for Reuters of the COVID-19 pandemic’s dramatic effect on India. Siddiqui, who had won the same prize in 2018, was killed in July last year while documenting fighting in Afghanistan.

And the journalists of Ukraine were given a special citation for their “courage, endurance and commitment” in covering the Russian invasion. Last year, a similar citation was given to Afghan journalists.

Exciting wins in the other categories

Alongside the journalism awards, other recipients of the $15,000 prize money are for outstanding achievements in the categories of Drama, Fiction, History, Biography, General Nonfiction, Poetry and Music.

Winning the top gong for novels this year was Joshua Cohen’s 'The Netanyahus', his comic novel that reimagines when Israel’s former Prime Minister Benjamin Netanyahu’s father was looking for academic work in the early 60s.

Opening up questions of Jewish identity and Zionism, 'The Netanyahus' carries the humorous subtitle “An Account of a Minor and Ultimately Even Negligible Episode in the History of a Very Famous Family”.

For drama, James Ijames’ 'Fat Ham', won for its adaptation of Hamlet, putting the action at a black family’s barbeque in the Southern states of the US.

The first Native American composer won the Music award. Raven Chacon, chamber music and noise music producer, took home the prize for his work “Voiceless Mass”. The award has historically gone to jazz and classical compositions, but first branched out of those genres when Kendrick Lamar won for his rap epic “Damn”.

Chacon’s work is currently on display at the Whitney Biennial in New York and is inspired by oil pipeline protestors at the Oceti Sakowin camp near the Standing Rock Indian Reservation in North Dakota.

“This was my first time writing for a church organ and I wanted to make a statement about the space that this organ is housed in,” said Chacon, who is Diné, the Navajo word for “the people.”

“I wanted to think about the church’s role in the forming of the country, particularly as it pertains to Indigenous people.”

In pictures: How the world celebrated VE day in 1945