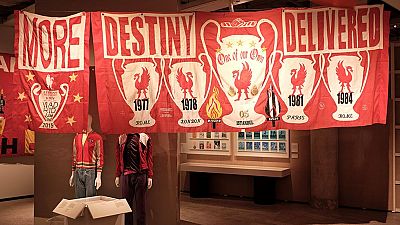 In the build up to the 2022 World Cup, London's Design Museum are hosting the first major exhibition on the design of the world’s most popular sport, football.

With items ranging from the balls used in the first World Cup final, to modern day video games and fan banners, 'Football: Designing the Beautiful Game' seeks to reveal how human creativity has pushed the game to its technical and emotional limits.

A rare insight into the designers of the beautiful game

The exhibition features over 500 historical objects, films and interviews ranging from early boots used in 19th century England, to the shirt Pele wore in his first FIFA World Cup in 1958.

“Football is the great global game, endlessly discussed and debated but never yet scrutinised extensively through the lens of design. So this exhibition is an exciting and important one for the museum but also, I hope, for the game itself," says Tim Marlow, Chief Executive and Director of the Design Museum.

'Football: Designing the Beautiful Game' opened on Friday 8 April and runs until 28 August 2022.

Check out the video for a sneak peek inside the exhibition