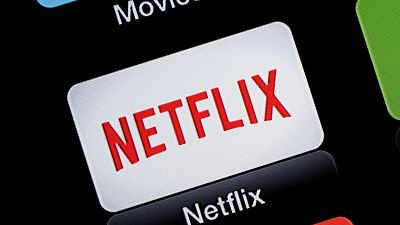 Swiss citizens will soon vote on whether Netflix should pay towards the country’s cinema industry.

The law which is known as “Lex Netflix” will require the streaming giant to invest four per cent of its Swiss revenue back into the country for the production of Swiss films and TV.

If the law passes, Netflix will have to oblige with the investment tax otherwise they will be dealt a fine to the equivalent amount or face not being available to Swiss customers.

The tax, although nicknamed after Netflix, will apply to all the big streamers, including Amazon Prime, Disney+, and HBO.

It’s expected the law could bring in between CHF18 (€17.4) and 30 (€29.1) million to the Swiss film industry every year. This is a significant increase to an industry that currently receives around CHF105 (€101.8) million in funding annually.

This wouldn’t be the first deal of its kind for a European country to establish. Multiple EU countries already have arrangements with the major streamers to provide large amounts of investment into the country’s cinema ecosystem.

There is already a requirement for Netflix and other streamers to invest one per cent of its revenue back into Portugal, two per cent into Denmark and five per cent into Spain.

The EU countries that have the biggest cash inflow from Netflix though are Italy and France.

Italy was receiving 12.5 per cent of Netflix’s revenue back in investment into its film industry. But thanks to an EU directive, the country was able to double Netflix’s investment in Italian and European content to 25 per cent by 2025.

The head honchos of Netflix weren’t best pleased with the Italian arrangement. Stefano Ciullo, Director of Institutional Relations of Netflix Italy, noted the already large investment in Italian film from the firm. From 2017 to 2020, Netflix invested €300 million into Italy to produce over 45 shows.

“We have contributed to the ecosystem, worked and invested heavily in training. We cannot deny the surprise of a lack of dialogue and an unfair approach,” he said, noting the typical investment demand of broadcasters was set at 12.5 per cent.

It’s thanks to the Italian deal that Netflix investment saw the production of Paolo Sorrentino’s latest film, ‘Hand of God’ which was nominated for an Oscar this year.

The Italian figures are dwarfed by the demands that France has put on the service. In February, Netflix agreed to invest four per cent of its annual French revenue into the financing of French and European movies to be released in French cinemas.

If that wasn’t enough, that’s on top of a further 20 per cent of revenue that Netflix had already agreed to dedicate to French content.

Of the new four per cent deal, Netflix have also promised to invest 17 per cent of that money into financing low budget French films.

How do these schemes turn into films?

To see why the Swiss might be keen to get Netflix to start investing their money in the way France has, you only have to look at the deal France made.

The films in France must first be released cinematically, and then can only be put on the streamer 15 months after the release.

This gives French cinemas a chance to retain their audience, as well as adhering to the strict guidelines of the prestigious film festival at Cannes where a film must show in a cinema first to be eligible.

For years, many Netflix films have been denied entry into Cannes due to their immediate release on the platform.

With the strongest cinema industry in Europe, it makes sense that France would want to do all it could to protect its cinemas. The industry has already reached its pre-pandemic rate of film production with 340 French films produced in 2021.