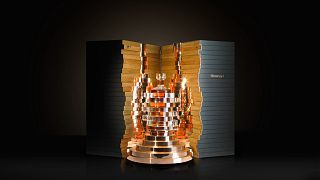 NFTs appear to be eating themselves, and lots of people are hungry. Especially angry pitbulls.

The latest news in the field of Wines & Sprits NFT surrounds the cognac market leader, Hennessy, and two of their original 2017 250-carafe release of the special edition, 'Hennessy 8'. Specifically numbers 1 and 250.

The Hennessy·8 NFT collection sold for 66.49 ETH (189,000 euros) -- as a dual drop -- not to a single buyer with a thirst for cognac and a fat crypto wallet, but to an NFT community owned by two meme pages called Angry Pitbull Club (APC).

In order to make this pheonomenon occur, the French distillery have joined forces with the relatively new outfit, Blockbar, who operate a DTC (direct-to-consumer) business model.

"By buying the NFT directly from the brand," say Blockbar, "we not only make the process easier, but we ensure that your asset has proven authenticity."

One less digital NFT will exist. There's no cake AND eating it here.

What makes this cognac so special?

Hennessy say their special edition is "a symbol of heritage and tradition. The result of five years of work and more than 250 years of know-how."

It was crafted using one eau-de-vie (the clear, base fruit brandy that is made by fermentation and distillation) from each of the preceding eight generations of master blenders.

All manner of esteemed extras are included with such a purchase, but perhaps the most grand is the elaborate sarcophagus the bottle comes in. The chest, designed by Arik Levy using oak staves sourced from La Sarrazine, the Hennessy cooperage, is made of 25 layers, each one symbolising ten years of Hennessy’s history.

Confirming their status as market leader, around eight million 9 litre cases of Hennessy cognac were sold across the globe in 2020. Hennessy cognac volume sales have increased with each consecutive year until a small downturn in 2021.

This sale follows a fine wine drop by Penfolds through Blockbar in November.