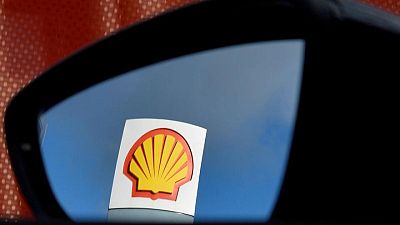 LONDON -Shell has injected nearly $1.5 billion in cash and credit into its British energy retail business this year to help it weather huge volatility in power prices that caused the collapse of several rival UK power utilities, Shell Energy said in a filing on Thursday.

Britain’s power utilities have been rocked by huge fluctuations in energy prices since the end of 2021 due to a shortage in natural gas supplies, which was exacerbated after Russia sharply reduced supplies to Europe following its invasion of Ukraine in February.

The volatility led to several bankruptcies in the sector, including Bulb, which the British government is set to rescue at a cost of up to 6.5 billion pounds ($8 billion).

Shell Energy’s operating loss rose to 102.4 million pounds in 2021 from 83.6 million pounds a year earlier, according to the company’s financial results, released on Thursday.

The loss was “principally driven by market conditions. In particular, the unprecedented rise in energy prices in the latter part of 2021 adversely impacted financial performance, including increased costs as a result of supplier failures in the market and the inability to pass on higher energy costs,” according to the results filing.

To help its subsidiary, Shell injected a total of 1.2 billion pounds to Shell Energy this year, Shell Energy said.

That includes 200 million in one-off cash injections in February and March and a 288 million “capital contribution” to “enable (the) company to meet its obligations until 31 December 2023.”

Shell Energy was formed after Shell acquired First Utility in 2018 as part of its long-term strategy to turn Britain into a hub for supplying renewable energy.

The company has sharply grown its customer base in recent years with the acquisition of Post Office’s rival business as well as taking on over 500,000 customers from failed businesses since 2021.

It now has around 1.5 million customers.

The cash injection did little to dent Shell’s profits, which rose to a record $30 billion in the first nine months of 2022.