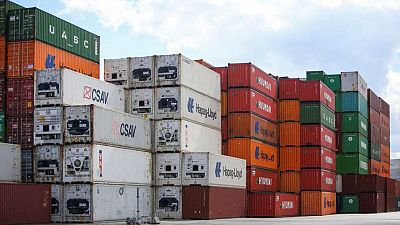 BERLIN – The COVID-19 pandemic and the war in Ukraine collectively cost the German economy 420 billion euros ($415.38 billion) in lost value creation between 2020 and 2022, according to a study seen by Reuters on Wednesday.

High government spending counteracted this but private consumption suffered losses of around 400 billion euros due to lockdowns and inflation-related losses in purchasing power, said the German Economic Institute (IW), which conducted the study.

“In the three crisis years, investments of 125 billion euros did not materialize, which permanently weighs on prosperity,” it added.

The German government and economists are agreed that Europe’s largest economy is headed towards recession this winter.

The government currently expects a 0.4% slump in 2023, while the DIHK Chambers of Industry and Commerce said on Wednesday German companies expect the economy to shrink by around 3% next year.