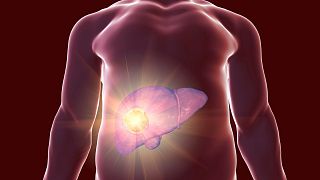 Transplanted livers from older people have been found to keep working for more than 100 years in total, even outlasting ones from younger donors.

These findings pave the way for a much bigger donation pool for surgeons to draw on, potentially giving new hope to future patients.

Current medical practice holds that in general, livers from younger donors work better than livers from older donors because they are less likely to have chronic health conditions.

But new findings from researchers at the University of Texas Southwestern Medical Center and medical device company TransMedics in the United States have provided evidence that livers from older donors can function well.

They analysed transplant data from the United States' United Network for Organ Sharing to look at what makes these so-called "centurion livers" so resilient.

Of the 253,406 livers transplanted between 1990 to 2022, they identified 25 livers that met the criteria of being centurion livers - those with a cumulative age of over 100 years (total initial age at transplant plus post-transplant survival).

"We looked at pre-transplant survival - essentially, the donor’s age - as well as how long the liver went on to survive in the recipient," said lead study author Yash Kadakia, a medical student at University of Texas Southwestern Medical School.

"We stratified out these remarkable livers with over 100-year survival and identified donor factors, recipient factors, and transplant factors involved in creating this unique combination where the liver was able to live to 100 years".

For the centurion livers that the researchers looked at, the average donor age was 84.7 years, significantly higher than the 38.5 years for the non-centurion liver transplants.

But remarkably, what they found was that these older livers had better outcomes.

If we can sort out what is special amongst these donors, we could potentially get more available livers to be transplanted and have good outcomes.

"Outcomes for the centurion group had significantly better allograft and patient survival," said the American College of Surgeons in a news release describing the findings.

"No grafts in the centurion group were lost to primary nonfunction or vascular or biliary complications," it added.

The researchers also found no significant difference in rates of rejection at 12 months between the centurion group and the non-centurion group.

They attribute the success of these centurion livers to a convergence of favourable factors.

For one thing, the donors from the centurion group had lower incidence of diabetes and fewer donor infections.

Centurion liver donors also had lower transaminases, enzymes that play a key role in the liver. Elevated transaminases can cause problems in liver transplantation.

In addition, the recipients of centurion livers had significantly lower MELD scores (17 for the centurion group, 22 for the non-centurion group), meaning their need was less severe to begin with.

A MELD score is a measure of how severe a patient’s liver disease is, and is used to determine priority in the organ allocation process. A higher MELD score indicates that a patient is more urgently in need of a transplant.

Nevertheless, the researchers hope their findings might pave the way for more available livers in the future.

"If we can sort out what is special amongst these donors, we could potentially get more available livers to be transplanted and have good outcomes".