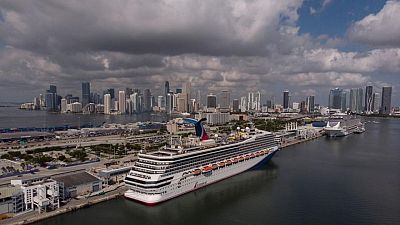 <div> <p> – Carnival Corp on Friday missed Wall Street estimates for quarterly revenue as inflation forced consumers to restrain from splurging on cruise travel, sending its shares down 7% in premarket trading.</p> <p>The company also said it expects breakeven to slightly negative adjusted earnings before interest, taxes, depreciation, and amortization for the fourth quarter ending Nov. 30.</p> <p>Carnival, which has a higher exposure to the mass-market category that’s more affected by inflation, has been heavily discounting and ramping up advertisements to attract passengers after a long pandemic-led interval.</p> <p>The cruise operator’s revenue in the third quarter ended August 31 rose to $4.31 billion from $546 million a year earlier, but missed analysts’ average estimate of $4.90 billion, according to <span class="caps">IBES</span> data from Refinitiv.</p> <p>Net loss narrowed to $770 million, or 65 cents per share, from $2.84 billion, or $2.50 per share, a year earlier. </p> <p/> </div>