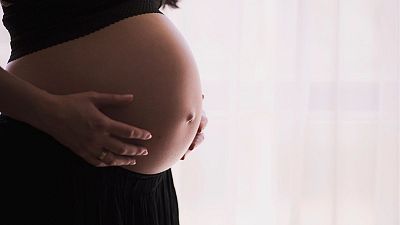 Could transgender women, or others born without a womb, experience pregnancy? The question may seem like science fiction, but this could be a reality sooner than we think.

A few months ago, it was reported that a New Delhi-based surgeon would soon attempt a uterine transplant in a transgender woman. The operation has never been performed successfully yet in people assigned male at birth, and the announcement prompted a series of reactions on the implications of such procedures.

Uterus transplantation still remains a fairly experimental procedure, but across the world, these transplants have already enabled some women suffering from uterine factor infertility ⁠– long seen as an irreversible condition ⁠– to successfully give birth.

The first ever live birth from a uterus transplant took place in Sweden, in 2014. Fast forward less than a decade, and uterus transplants seem set to become a mainstream procedure in the near future, with an estimated 90 uterus transplants carried out around the world as of end-2021, resulting in the birth of some 50 children.

So far, births from uterus transplants have been in women assigned female at birth. But rapid advancements in the field have ignited hope among some transgender women about the possibility of pregnancy.

Mats Brännström is a professor of obstetrics and gynaecology and chief physician at the University of Gothenburg in Sweden. He is also the doctor who helped deliver that first-ever baby born as a result of a uterine transplant.

Now, he frequently gets emails from people assigned male at birth asking about the procedure.

"I get emails from people all over the world," he told Euronews Next. "But there is the risk that we will rush into this because we have patients who are very interested".

"I say to them we haven't done enough research, but I think it will be possible in the future. It may take five or 10 years, I would say".

"If it's an efficient method with no risk, I don't think there are any ethical boundaries," he added, pointing out that many societies already allow for people to undergo gender-affirming procedures that help them transition to their self-identified gender.

"We change the legal statutes, we do corrective surgery for other things in the body. So this is part of it".

Stephen Wilkinson and Nicola Williams have been studying the ethical implications of human reproduction for several years at the University of Lancaster in the UK.

When you get to trans women accessing [uterus transplantation], there's going to be lots of clinical and scientific questions, and lots of reasons to be cautious about rolling it out to another community, especially when it's not even been out in clinical practice

It’s still early days for uterus transplants in general, they told Euronews Next, and more research is needed before the procedure becomes mainstream.

"There's a lot of research to be done even within the existing sort of paradigm," said Wilkinson, Professor of Bioethics in the university’s Politics, Philosophy and Religion department.

“So when you get to trans women accessing [uterus transplantation], there's going to be lots of clinical and scientific questions, and lots of reasons to be cautious about rolling it out to another community, especially when it's not even been out in clinical practice, or it's all been within quite a confined research environment".

"There are definitely equality-based reasons for considering uterus transplants in transgender women," added Williams, who is a lecturer in the ethics of human reproduction in the same department.

"But there are also hormonal and anatomical considerations that mean that it won't be possible to just directly translate this procedure into the transgender population".

"And so in order to ensure that the procedure is safe and effective, a lot of studies will need to take place in computer, animal, and cadaveric models".

Brännström himself emphasised that we’re not quite there yet and more research needs to be done, starting with studies transplanting uteruses into biologically male animals.

"To make this so successful in women, we did a lot of research for 10 to 15 years in animals, in female animal models," he said.

"We'll probably have to do the same in male animal models, where we actually transplant a uterus to XY [chromosome]-rats or mice and so on. So those studies have to be done".

What are the implications?

But assuming that uterus transplants do become routine, safe, and effective for infertile patients assigned female at birth, there are many reasons to make them available to transgender women too, say the experts.

"Ethically, I can't see any in-principle objection to offering this intervention to trans women," said Wilkinson.

"There are lots of positive ethical reasons for doing so. So if we're going to treat trans women as women and accept their gender identity, and treat them equally in law and in social practices, it looks as if their claim is as strong as anybody else's".

Research shows that many women view the experience of gestation and pregnancy itself as extremely important.

In collaboration with other researchers, Wilkinson and Williams carried out a survey of 182 transgender women to study their reproductive aspirations.

More than 90 per cent of the respondents indicated that a uterus transplant could improve their quality of life and alleviate symptoms of gender dysphoria, with most agreeing that the ability to gestate and give birth to children would enhance perceptions of their femininity.

Just as the desire to experience gestation has spurred uterus transplant research in women who suffer from uterine factor infertility, uterus transplants in transgender women should also be considered in the same light, the researchers conclude.

"So I think that that's something that we need to respect".

How are uterus transplants different from other procedures?

The thing about uterus transplants is that at the moment, they sit in a fairly unique position among other sorts of transplants.

For one thing, they’re meant to be temporary. Typically in clinical trials, a woman receives a uterus via transplantation, is eventually implanted with an embryo created via in vitro fertilisation (IVF), gives birth via caesarean section, and then eventually will have a hysterectomy to remove the uterus.

Experts say the main reason for this is to reduce the need for the recipient to be on immunosuppressant drugs for longer than they have to, which can increase the risks of developing cancer.

This is very different from other more routine organ transplants like heart or liver transplants, which are intended to be permanent once they’re put into the recipient.

Where things might get a bit tricky is if a recipient asks for a permanent uterus transplant, especially as receiving a uterus is not a lifesaving procedure in the same way a heart transplant would be, for example.

How do you clinically decide whose need is more significant? A cis-woman born without a uterus or who's had a hysterectomy after cancer, or a trans woman?

"These transplants are not being performed in women who have been born without a uterus in order to consolidate their female identity and enable them to menstruate; there's a clear reproductive purpose here," said Laura O’Donovan, a research associate who works with Williams and Wilkinson at Lancaster University.

"In life-saving transplants obviously that risk-benefit ratio, that balance, tips in favour of long-term immunosuppression, because you need that transplant to stay alive," she said.

A uterus transplant in transgender women is different, she said, in the sense that "it's a quality of life enhancing transplant, as opposed to being lifesaving".

This then leads to questions concerning donation and the assignment of organs - for example, what if a donor specifies that they would only want to donate their uterus to a cis-woman, and not to a transgender woman? And how do you decide one recipient’s need is greater than another’s?

"How do you clinically decide whose need is more significant? A cis-woman born without a uterus or who's had a hysterectomy after cancer, or a trans woman?" asked Romanis.

"This is why I think these things are incredibly political, because I personally believe both of those things are important, and comparing them has the danger of pitting two groups of women against each other in a way that... is very dangerous. And it ends up marginalising minority groups".

What are the legal considerations?

In addition to ethical considerations, there’s overlap with legal considerations as well, for example, whether withholding such transplants to transgender women would breach anti-discrimination laws.

"In the UK, for example, with the Equality Act it would be illegal to discriminate on the basis of someone's gender," said O’Donovan.

The Equality Act provides Britain with a discrimination law protecting individuals from unfair treatment, preventing discrimination on the grounds of race, age, gender reassignment, and other protected characteristics.

As such, transgender women cannot be subjected to discrimination on the basis of this characteristic, and subsequently if uterus transplants became mainstream, it could be illegal to refuse to perform one on a transgender woman solely because of their gender identity.

Romanis also points out that for a while, there was a debate among UK academics over the country’s Human Fertilisation and Embryology Act 2008, which says an embryo has to be implanted into a "woman".

"There was some debate about whether a trans woman counts, so to speak. But obviously, most people who are liberal-minded read our Equality Act legislation and said, honestly for the purposes of the law, a trans woman is a woman".

"So as long as they've gone through the legal process [of being recognised as a woman], then they can receive IVF if they have a transplanted uterus," she added.

On a broader level, the academic sees uterus transplants as just one in a whole spectrum of assisted gestation technology – a small part of a much wider technological future for assisted pregnancy that also encompasses things like surrogacy and even artificial placentas or entities that might gestate outside of the body.

"I think that these technologies have the potential to really change the way we think about assisted gestation," she said.

"And I think they could have real benefits for marginalised groups, provided that they're brought into being in a certain way".