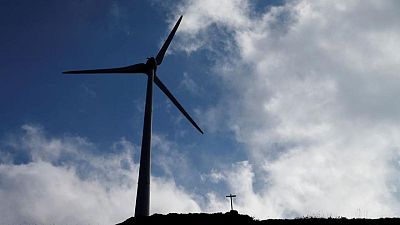 PARIS – Wind and solar energy deployment in the European Union is not proceeding fast enough to meet global climate goals due to a slow permitting process, a report by independent climate think tank Ember showed on Wednesday.

In order to reach the goal of limiting warming to 1.5 degrees Celsius, the EU will need an additional 76 gigawatts (GW) of the renewable sources by 2026, though Ember forecasts show only an additional 38 GW will be deployed over the next four years.

“Europe no longer lacks renewables ambition, but it is now facing an implementation gap. Higher targets have not yet translated into accelerated deployment on the ground,” Ember analyst Harriet Fox said.

The 27-country bloc is trying to diversify energy sources as gas deliveries from Russia slow, and has put together a contingency plan to try and limit consumption this winter.

Wind supply has grown slower than solar capacity, adding an average of 10 GW per year since 2018, and will only reach 54% of the growth required in 2026, Ember said.

One of the main reasons for the delay is the slow permitting progress, Ember said, with all of the sampled countries taking more than two years to do spatial planning, get construction permits, perform environmental tests and connect to the grid.

EU legislation states that the permit granting process should not exceed two years for member states.