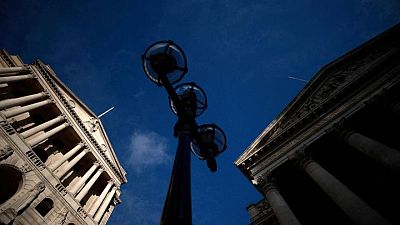 By Huw Jones and Carolyn Cohn

LONDON -Reform of insurance capital rules would free up to 90 billion pounds ($108.05 billion) of capital for investment, but it should not be a “free lunch” that puts pensioners and policyholders at risk, Bank of England Deputy Governor Sam Woods said on Friday.

Changing insurance rules known as Solvency II that were inherited from the European Union is seen as a key Brexit “dividend” for Britain’s financial industry, but the pace of reform has dismayed insurers.

Woods said its planned reform of the rules would release the equivalent of 10-15% of the current capital held by life insurers, which could support between 45 billion and 90 billion pounds in additional investment in the economy.

Woods said there is general agreement on two of them, but there was opposition to the third, which relates to the so-called matching adjustment, allowing insurance companies to recognise as capital up-front a part of the income they expect to earn on their assets in the future.

“In our view, a package which did not tackle the issues we have identified with the matching adjustment would be seriously unbalanced,” Woods said in a speech.

It would simply remove bits of regulation that insurers don’t like, he said.

“I worry that some might consider such a thing to be a free lunch, but in fact less capital, fewer checks and fewer restrictions on assets, with no steps to strengthen the part of the regime where that is needed, means more risk for pensioners and other policyholders.”