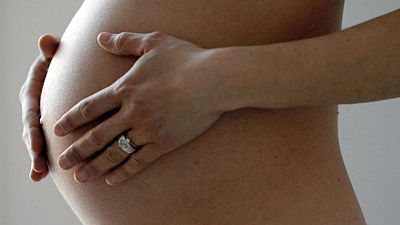 – More than half of U.S. women who received a uterus through a transplant went on to have successful pregnancies, a new study shows.

Between 2016 and 2021, 33 women received uterus transplants in the United States and so far 19 of them, or 58%, have delivered a total of 21 babies, researchers reported on Wednesday in JAMA Surgery.

“Uterus transplant should be considered a clinical reality in the U.S.,” the researchers wrote.

All of the women had so-called absolute uterine-factor infertility, meaning they were either born without a uterus or needed to have it removed.

In 74% of recipients, the uterus was still functioning one year post-transplant. In this group, 83% had live-born children, researchers reported.

The babies were all delivered by Cesarean section, at an average of 14 months after the transplant. More than half were born after 36 weeks’ gestation.

After the recipient gives birth, the transplanted uterus is removed to avoid the need for life-long use of immunosuppressive drugs.

The U.S. surgeries, performed at Baylor University Medical Center, the Cleveland Clinic, and the Hospital of the University of Pennsylvania, are among the more than 100 uterus transplants so far performed worldwide.

Cost may be a barrier for some women.

“Uterus transplant is de facto a fertility treatment,” and some insurance companies may refuse to cover it, coauthor Dr. Giuliano Testa of Baylor said in an email.

“Insurance coverage for uterus transplantation is part of a larger discussion involving coverage for infertility care in general,” Johannesson said.

In two-thirds of the U.S. transplants, the uterus came from a living donor, roughly one in four of whom experienced a complication from the surgery.

“Reducing the risk to living donors should be a goal… if the deceased donor pool is not adequate,” Drs. Rachel Forbes and Seth Karp of Vanderbilt University in Nashville wrote in an accompanying editorial.