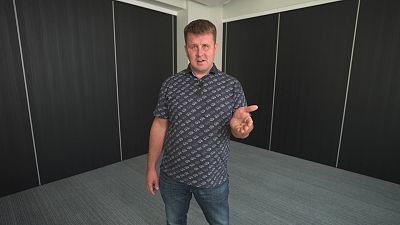 Estonia is a pioneer in so-called e-Prescription. The country has set up an online service that allows patients to pick up medication at a pharmacy without a printed prescription. And the technology is proving to be a game-changer at both the national and the international level.

After setting up its own system, Estonia scaled up its ambitions in 2013, launching a cross-border healthcare service pilot project with Italy. This initial cross-border initiative didn’t get off the ground due to a lack of funding, but then a new opportunity with Finland emerged thanks to EU money.

It meant that Tehik, Estonia’s Health and Welfare Information Agency, was able to put in place a cross-border e-prescription service between both countries.

“We started operating the cross-border prescription service with Finland in January 2019. How is it going? By now, by Finnish people, the service has been used around 15,000 times, and by Estonians, in Finland, it has been used around 5000 times,“ Tõnis Jaagus the head of Tehik's health division told Euronews.

The e-prescription system relies on the European eHealth Digital Service Infrastructure. The network helps to provide continuity of care for people when they are travelling across Europe.

It includes a summary of a patient’s medical history. The first countries to start using the ePrescription and eDispensation system are Estonia, Finland, Croatia and Portugal.

The plan is for other European countries to gradually join the system over the next few years.

E-prescription should not only provide people with more flexibility when they are travelling abroad, European policymakers also believe the secure collection of this medical data will lead to the development of better overall public health policy.

Dawn of a new healthcare era: "Data is the new oil"

Rare diseases in Europe: does data sharing hold the key to progress?

Rare diseases: "Recognition of a disability is still complicated"

How data and digitalisation are transforming healthcare in Europe