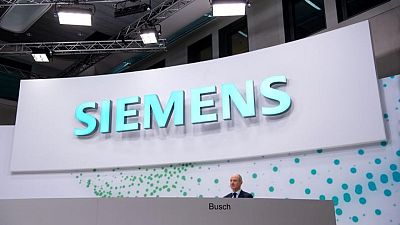 ZURICH -Siemens will quit the Russian market due to the war in Ukraine, it said on Thursday, taking a 600 million euros ($630.18 million) hit to its business during the second quarter.

Siemens has become the latest company to announce losses connected with its decision to leave Russia following the invasion on Feb. 24.

Several companies from brewers Anheuser-Busch InBev and Carlsberg to sportswear maker Adidas to carmaker Renault and several banks have been counting the cost of suspending or withdrawing their operations in Russia.

Siemens has now started winding down all of its industrial operations in Russia and all its industrial activities, the German engineering and technology firm said on Thursday.

It had previously halted new business and deliveries into the country after the invasion, which Moscow calls a special operation.

“We join the international community in condemning the war in Ukraine and are focused on supporting our people and providing humanitarian aid,” said Chief Executive Roland Busch in a statement.

“Today, we announced our decision to carry out an orderly process to wind down our industrial business activities in Russia,” he added.

Siemens, which employs 3,000 people in Russia, incurred 600 million euros in impairment and other charges mostly recorded at its train-making mobility business “subsequent to sanctions

imposed on Russia,” it said.

The business, which makes and maintains high speed trains in Russia, also suffered a 200 million euro downturn in revenue due to sanctions, it said.

The charges triggered a downturn in profit during the second quarter at Siemens, which also makes industrial software and controllers.

Net income halved to 1.21 billion euros ($1.27 billion) in the three months to the end of March from 2.39 billion euros a year earlier. The prior year figure was boosted by a 900 million euro gain Siemens made from selling gearbox maker Flender.

The company posted industrial profit of 1.78 billion euros, down 13% on a year earlier and missing the 2.39 billion euros forecast by analysts.

But demand continued to be robust, with orders 22% higher on a comparable basis and revenue 7% higher.

As a result it confirmed its full-year outlook, with revenue comparable revenue growth of 6% to 8% with the downturn in mobility expected to be compensated by faster growth in other parts of the business.