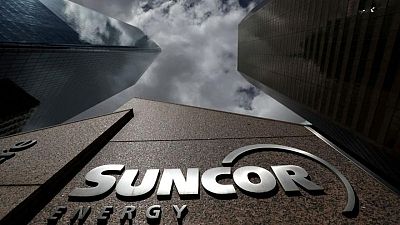 -Suncor Energy Inc exceeded analysts’ estimates for first-quarter profit and boosted dividend by 12% to its highest level on Monday, as Canada’s No.3 oil major benefited from soaring crude prices.

Global crude oil prices surged to levels not seen since 2008 during the reported quarter after Western countries imposed sanctions on Russia following its invasion of Ukraine, worsening a global energy supply crunch.

The Calgary, Alberta-based company said it is exploring the sale of its entire UK business based on interest received in the exploration and production assets.

Suncor’s UK assets are offshore in the North Sea, and include a 29.9% stake in the Buzzard field as well as a 40% interest in the Roseback project.

Suncor’s share price has lagged its peers. Last month, activist firm Elliott Investment Management, which holds a 3.4% stake in the company, called for major changes including strategic reviews and new board members.

Its total production fell to 766,100 barrels of oil equivalent per day (boepd) from 785,900 boepd a year earlier. Its refinery throughput was 436,500 barrels per day, up marginally from a year ago.