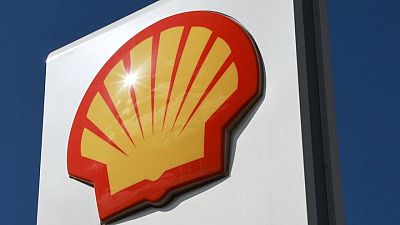 NEWYORK – Activist investor Daniel Loeb, who wants Royal Dutch Shell Plc to break apart, applauded the energy giant’s decision to move its headquarters even as he sticks to views that a different corporate structure would make it more successful.

Loeb, who said in October that his hedge fund Third Point LLC had taken a $750 million stake in the company, told his own investors on Friday that he has added to his Shell stake and has held discussions with management, board members and other shareholders.

The letter, which was seen by Reuters on Saturday, called the discussions “constructive” and said that the company’s stock price is currently cheap but sees gains ahead with “proper management.”

Loeb is holding firm to his view that the company could be more successful with a different corporate structure. However, he also supported Shell’s decision to move its headquarters from the Netherlands to the UK and to create a single shareholder class.

“This move allows greater flexibility to modify its portfolio (either through asset sales or spin-offs) and allows for a more efficient return of capital, specifically via share repurchases,” the letter said.

In October, Loeb said publicly for the first time that Shell would benefit from splitting its liquefied natural gas, renewables and marketing business into a separate company, dividing it from its legacy energy business. He wrote that many shareholders share this view.

This is the first time Loeb has updated his clients on the Shell investment since first announcing it.

More generally Loeb said his firm has made additional investments in energy stocks and other stocks that will benefit during a period of higher inflation, supply shortages and shift toward more renewable sources of energy.

Third Point Partners’ Fund lost 11.5% during the first quarter but the letter said the firm sidestepped more severe losses in April when its fund slipped 1% while the broader S&P 500 index dropped 8%.

Third Point exited some large equity positions and made a new investment in mining company Glencore as the company is set to benefit from the transition to renewable energy. He expects the company will be able to catch up to others mining companies with its new management team an improved ESG profile, and “very strong cash returns to shareholders, and government settlements.”