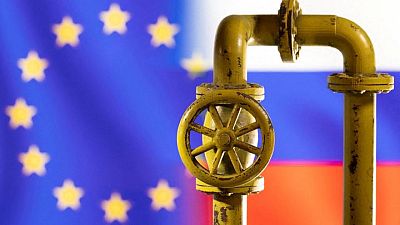 BRUSSELS – Extensive building renovations and the use of heat pumps could nearly halve Europe’s Russian gas use, researchers said on Friday, although industry groups said this would require a substantial increase in policy support and funding.

Renovating Europe’s least energy-efficient buildings and switching their heating systems to heat pumps could aid that goal by cutting annual EU gas demand by about 70 billion cubic metres (bcm), consultancy Guidehouse said in a report which was backed by insulation firm Rockwool.

That is equivalent to around 45% of the 155 bcm of gas Europe receives annually from Russia. Moscow supplies 40% of EU gas.

Guidehouse said the savings could be achieved if all European buildings with the lowest “G” or “F” energy performance grade were renovated to a “C” or “B” level using insulation and switching to heat pumps.

Gas meets roughly half of the energy consumption in those buildings.

Renovation on that scale would go far beyond the EU’s current policy plans.

Brussels last year proposed rules to renovate such buildings to a lower “E” grade by 2033. Guidehouse, which provided analysis to the Commission for that proposal, said it could cut gas demand by 22 bcm, but would not enable a massive heat pump roll-out.

“Local authorities need to be mandated to set energy transition targets and dates and local distribution companies mandated to deliver these investments,” he said.

Insulation firm Rockwool also urged more EU support – including training the millions of workers that would be to carry out the renovations.

“We need more ambitious energy efficiency goals, better use of financing and – just as important – a big focus on practical logistics to start seeing results before the winter,” said Mirella Vitale, a senior vice president at Rockwool.