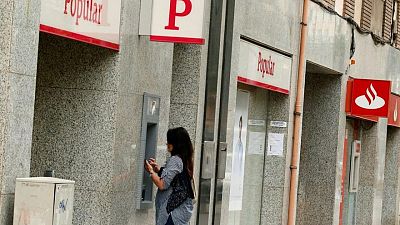 MADRID -Europe’s top court said on Thursday that Banco Popular shareholders who took part in its capital increase in 2016 are not entitled to compensation for losses suffered after the Spanish bank was wound down and rescued.

European authorities orchestrated an overnight rescue of Popular in June 2017, with shareholders and some bondholders taking losses as it was sold for a nominal one euro to larger Spanish rival Santander.

The European court’s ruling comes after a Spanish regional court sought clarification on whether shareholders who had subscribed to Popular’s 2.5 billion euros ($2.64 billion) capital increase had the right to be compensated, based on defective information contained in its prospectus.

The ECJ based its ruling, which cannot be appealed, on the European Union’s restructuring and resolution directive.

Popular’s resolution was implemented through so-called bail-in rules, under which shareholders and bondholders bear responsibility for funding future bank rescues before taxpayers.

The directive, the ECJ said, established the principle that “shareholders, followed by the creditors, of a credit institution subject to resolution proceedings who should bear the losses suffered as a matter of priority”.

It also said that investor protection across the EU, “cannot in any event be considered to override the interest in ensuring the stability of the financial system.”

Spanish and EU authorities hailed the Popular case as a successful first test of a tougher European regime to deal with troubled lenders, after it was hit by a bank run.

But shareholders filed lawsuits seeking to nullify the acquisition of shares in the capital hike, saying the prospectus contained inaccurate and incomplete information as well as alleging misinterpretation and concealment of relevant information over Popular’s financial position.

In July 2017, Santander offered perpetual bonds as part of a commercial offer to compensate some retail clients who acquired shares and subordinated debt of Banco Popular.

In parallel, other significant shareholders and junior bondholders affected by Popular’s rescue filed lawsuits against the Single Resolution Board (SRB) in charge of its wind down, arguing the bank was not necessarily on the verge of collapse.

Popular had a stock market value of around 1.3 billion euros on the day it was bailed out. Some 1.9 billion euros worth of subordinated and convertible bonds were also wiped out.

As part of a separate criminal probe, Spain’s High Court is investigating the role in the collapse of former Popular executives, who have denied any wrongdoing.