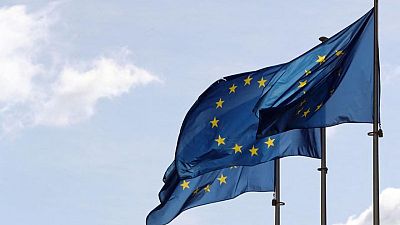 BRUSSELS – The euro zone’s bailout fund offered on Thursday to use its lending capacity to host a 250 billion euro reserve to provide loans to governments in case of external shocks, as the war in Ukraine creates a new challenge amid already stretched budgets.

The proposal by the European Stability Mechanism (ESM), which has a lending capacity of 500 billion euros, is part of a long-standing discussion among euro zone governments whether to create a common pool of money to counterbalance the single monetary policy of the European Central Bank (ECB) and help the 19-country bloc deal with fiscal challenges it may face.

In the past, many euro zone governments, including Germany and the Netherlands, have been against creating any such “fiscal capacity”, concerned about potential new financial commitments to the bloc and the likelihood of free-riding by less fiscally frugal governments.

“A greater likelihood of significant asymmetric shocks, the war in Ukraine, and stretched fiscal space all underscore the importance of establishing a euro area fiscal stabilisation capacity,” the paper by ESM said.

The war in Ukraine, which will depress euro zone growth, comes on the heels of the COVID-19 pandemic that forced governments to borrow heavily to keep economies going and therefore severely stretched public finances.

But COVID-19 also forced the European Union, for the first time, to jointly borrow to finance a more even recovery among EU countries after the pandemic, creating a precedent for setting up joint pools of cash that could be used by the whole bloc to finance specific projects or to fend off outside challenges.

“The ESM could host a euro area stability fund that would safeguard financial and macroeconomic stability by providing loans to euro area member states in case of external shocks. We propose an overall envelope of 250 billion euros, or slightly above 2% of 2019 euro area GDP,” the ESM paper said.

The ESM, created by euro zone governments at the height of the sovereign debt crisis to lend to members cut off from markets, has been searching for ways to retain its relevance after Greece exited its third bailout programme in 2018.

The paper said the proposed revolving fiscal stabilisation fund could offer loans at the ESM‘s low interest rate for up to 10 years with a grace period of 3 years and with specific loans capped at 4% of the borrower’s gross domestic product.

Providing loans, rather than grants, would solve the moral hazard problem as well as eliminate the need to replenish the ESM with new any money, the paper said.

It was not clear if and when the proposal could be discussed by euro zone finance ministers, who own the ESM.