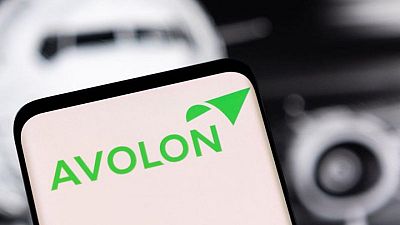 By Conor Humphries and Tim Hepher

DUBLIN -The head of the world’s second-largest aircraft leasing company said on Thursday Boeing had “lost its way” and might need new leadership to fix a flawed culture that overshadowed its revival.

The comments by Avolon Chief Executive Domhnal Slattery represented a rare public rebuke of Boeing by a significant customer, albeit one that cancelled orders for over 100 737 MAX jets during the COVID pandemic.

“I think it’s fair to say that Boeing has lost its way,” Slattery told the Airfinance Journal conference in Dublin, a gathering of the world’s aircraft lessors who together own most of the world’s passenger jets.

“Boeing has to fundamentally re-imagine its strategic relevance in the marketplace,” he said, adding that this would require “fresh vision, maybe fresh leadership.”

However, he said the issues could eventually be resolved.

“I have faith that they will figure it out,” Slattery said.

Boeing also announced it was halting 777X production through 2023 and failed to specify when it would resume deliveries of its key twin-aisle 787 Dreamliner model after a year-long halt.

“They are burning cash at an unprecedented level. They’re probably going to get downgraded,” Slattery said.

“Boeing has a storied history…They build great airplanes. But it’s said that culture eats strategy for breakfast and that is what has happened at Boeing,” Slattery said.

A succession of crises from fatal crashes that led to a two-year grounding of the 737 MAX, to external regulatory pressures that interrupted 787 deliveries and delayed the 777X, have left America’s biggest exporter badly shaken, another top buyer said.

Underscoring Boeing’s woes, European rival Airbus pushed ahead on Wednesday with plans to raise competing single-aisle jet production by 50% from current levels to 75 a month in 2025, just as Boeing is struggling to certify its 737 MAX 10.

Slattery voiced concerns that the market could tilt too heavily in favour of Airbus if it delivers on its production plans, though some lessors say it remains to be seen how soon Airbus can reach its target due to fragile supply chains.

On Thursday, Boeing announced plans to move its headquarters from Chicago to the Washington, DC, area, highlighting efforts to bring decision-making closer to customers and regulators.

But Calhoun’s promise of a reboot has been eclipsed by fresh problems on several core civil and defence projects, while another influential customer, Emirates airline president Tim Clark, has urged Boeing to “get its act together.”

Boeing says it is working through the multiple challenges.

Calhoun told investors after the company’s board was reaffirmed by shareholders last week that Boeing would overcome new problems with the T-7 military trainer and Air Force One jets and also felt good about progress on the 787 and 737 MAX.