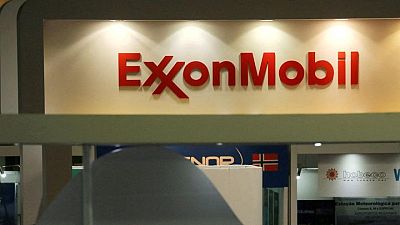 -The two largest U.S. oil companies on Friday posted big revenues in the first quarter, but analysts said Exxon Mobil Corp and Chevron Corp fell short of expectation during a period when oil prices surged to nearly $140 a barrel.

Exxon and Chevron earned $5.5 billion and $6.3 billion, respectively, and the former returned to its years-ago strategy of big share repurchases by tripling expected buybacks through 2023 to $30 billion. Chevron got in on that as well, boosting buybacks to their most in more than a year.

Wall Street was largely disappointed, pointing out that cash flow levels for both companies and the derivative-related losses were unexpected. Analysts at Jefferies even said Chevron’s figures were the “most underwhelming” for the sector so far.

Shares of both companies fell on the day, with Chevron losing 3% while Exxon dropped 2.6% on an overall down day for Wall Street.

Exxon said revenues were $1.3 billion lower than they could have been due in part to derivative positions and “negative timing” issues, while Chevron’s global refining business was hit by lower margins and foreign currency swings.

The Brent crude benchmark traded in a near-$87 a barrel range in the quarter, making it the most volatile quarter in the last 30 years, other than in mid-2020, when prices slumped as the coronavirus pandemic broke out.

Both companies are also facing higher inflation costs and labor shortages in the United States.

“The tightness that we are seeing in the Permian, obviously, that’s starting to impact us as well. So we are seeing inflationary pressures,” Exxon Chief Executive Darren Woods said in a webcast to analysts.

Whether that will matter in the long run is another question. The average price of crude in the first quarter was $114 per barrel, and in the second quarter so far, was still high at $109. Fuel markets are being squeezed even more now following heavy sanctions on Russia after it invaded Ukraine.

“We think investors will look through this noise and focus on underlying earnings, which actually looked extremely strong this quarter and will only look better into next quarter,” RBC Capital Markets analyst Biraj Borkhataria said.

Woods said the negative effects that obscured first quarter earnings will dissipate in the current quarter.

“The impact of weather on the upstream volumes and derivatives and timing impacts in the downstream obscured a strong underlying performance,” he said.

These hiccups are not likely to tamp down criticism of the oil companies from lawmakers in Washington, either.

Congressional Democrats on Thursday accused big oil companies of profiteering as consumers struggle with near-record gasoline prices and a surprising surge in natural gas futures, which will translate to higher operating costs for big utilities ramping up activity for the summer.

The White House has been pressing oil companies to boost output, but Exxon’s Woods said on its earnings call that it did not plan on changing its drilling strategy based on what it said was “high short term demand.”

Fuel demand worldwide has rebounded roughly to pre-pandemic levels, and the insecurity around availability of energy supply drove market volatility throughout the last several months. At one point, Brent crude neared $140 on the expectation that Russia could see much of its 4-5 million barrels in daily crude exports interrupted.

Subsequent announcements of big reserve releases by the United States and other big consumers pushed that benchmark as low as $97 later in March.

Timing issues, along with a $400 million impact from derivatives positions that have not been settled, hit Exxon’s results.

Chevron, meanwhile, posted a $155 million loss in its international refining operations, due to higher expenses, lower margins on sales, and a $36 million swing in foreign currency impacts during the period.